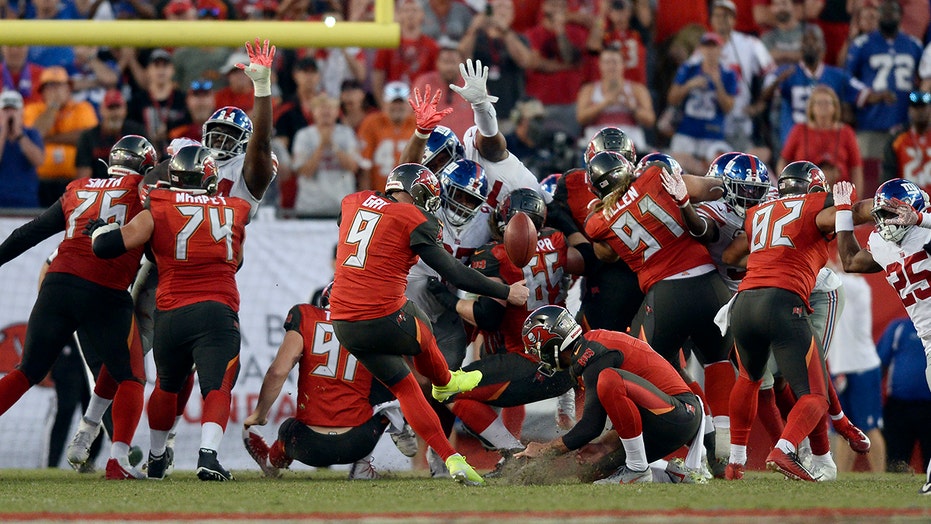 The Tampa Bay Buccaneers were narrowly defeated by the New York Giants after kicker Matt Gay missed a field goal that would have won the game.

The Buccaneers were at the Giants’ 9-yard line and down 32-31 when Gay came out to kick the potential game-winner with 13 seconds left. The Buccaneers, with a timeout in hand, were then penalized 5 yards for delay of game before Gay's narrow miss to the right.

“I just took it on purpose. He’s better back there. That field goal is easier back 5 yards,” Arians told reporters. “We wanted to move the ball, put it in the middle and make it easier.”

Gay was 4-for-5 on field goals and 1-for-3 on extra-point attempts.

The Giants got the win behind Daniel Jones’ gutsy first start. He was 23-for-36 with 336 passing yards and two touchdown passes. He added two rushing touchdowns as well.

Tampa Bay’s Jameis Winston had three touchdown passes of his own – all to wide receiver Mike Evans.

The Buccaneers fell to 1-2 on the season with the loss.

The Giants improved to 1-2 with the win.