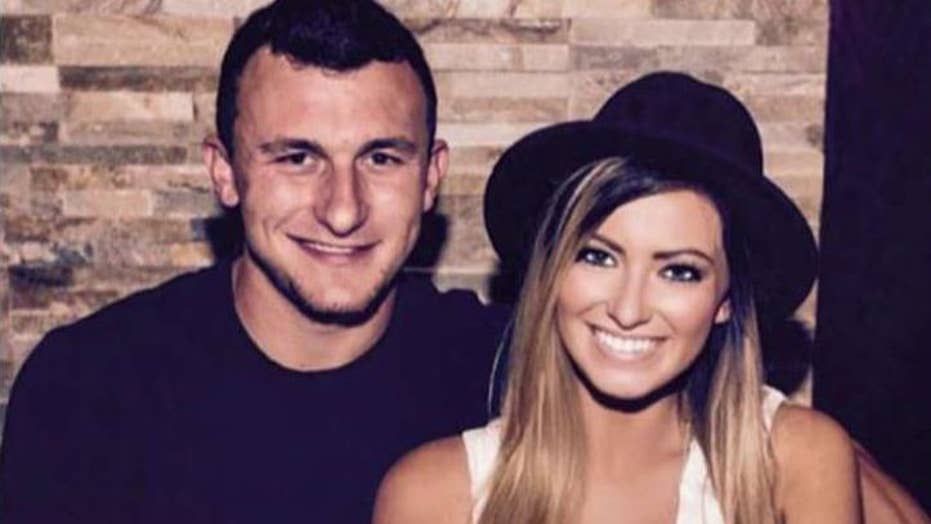 'Johnny Football' accused of beating up his ex-girlfriend, threatening to kill the both of them

Manziel faced allegations that he hit former girlfriend Colleen Crowley last weekend in Texas, but on Thursday both Dallas and Fort Worth police announced they would not be filing charges. WFAA TV reports that Crowley is now pursuing a case against the quarterback, who has denied hitting her.

Police said detectives would determine what, if any, criminal charges Manziel would face. They noted it is not uncommon for victims of domestic violence to question or delay reporting an assault.

Earlier on Friday, a judge in Tarrant County, Texas, issued an order of protection, which states that the Cleveland Browns quarterback must stay away from Crowley for two years.

It's been a disastrous week for Manziel, whose personal troubles have thrown his career and life into disarray. Crowley told police Manziel struck her ''several times'' at a Dallas hotel and later when they drove back to her apartment in Fort Worth. The Browns have indicated he will be released next month after two tumultuous seasons.

''I truly believe if they can't get him help, he won't live to see his 24th birthday,'' Manziel's father, Paul, told The Dallas Morning News.

Manziel's father said the family has made two unsuccessful attempts in the past week to get Manziel into a rehab clinic.

Manziel agreed to go to the Enterhealth Ranch addiction facility in Van Alstyne, Texas, but he would not stay, Paul Manziel told the Morning News. He tried to have his son admitted Tuesday to Carrollton Springs Hospital, but Manziel was allowed to leave. Paul Manziel said he told a Denton County sheriff's officer he believed his son to be suicidal.

On Tuesday, the Browns released a strong statement in which the team indicated it will release Manziel as early as March 9, when the league begins its new calendar year.

Browns owner Jimmy Haslam told reporters on Friday that he hasn't been able to reach the quarterback.

"Johnny has not responded to us, but we'll do anything we can to help him personally and our thoughts and prayers are with Johnny and his family," Haslam told reporters in San Francisco ahead of the Super Bowl. "We're not worried about Johnny Manziel the football player, we're worried about Johnny Manziel the person, and I think that's all we need to say on the issue."

Also, the league is looking into whether Manziel violated its personal-conduct policy. A league spokesman said Friday the inquiry is ongoing. Manziel was cleared of any wrongdoing last year after he and Crowley got into a heated roadside argument near the player's home.

Crowley was inside her Fort Worth apartment Friday but was not seeing visitors.

"She's getting some help right now. That's where we are," her father, David Crowley, told the AP.