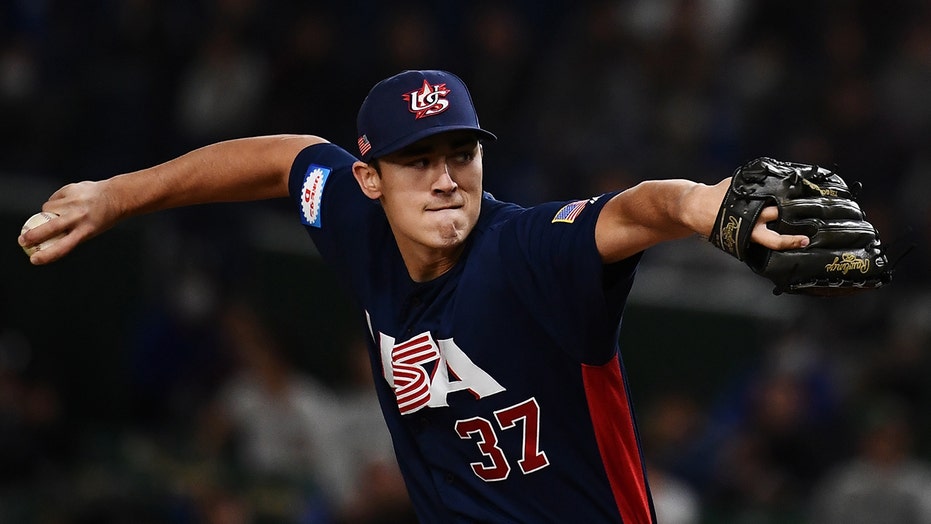 Boston Red Sox prospect Noah Song will take at least a year off from baseball as he fulfills his Navy commitments, reports say.

The 23-year-old pitcher graduated from the Naval Academy in May 2019 as a commissioned naval flight officer. The following month he was selected by the Red Sox.

According to the Gazette, he submitted a waiver request to the Department of Defense asking to transfer to the reserves so he could pursue his career in baseball but in April he changed the request to instead pursue flight school.

“The original waiver, which requested the ability to continue my service by transferring my commission to the Navy Reserves and concurrently pursuing a professional baseball career with the Red Sox organization, gave me the best chance to make it to the major leagues,” Song said in a statement issued through the Naval Academy public affairs office.

“However, I understand transferring immediately into the reserves is unlikely because the law and policy in my case do not permit it,” the statement continued.

According to the report, Song can apply for early release next May -- although it would be unlikely.

“Obviously my service time for my country and our service members is a huge thing that I value and I feel very passionate about,” Song said in his statement, obtained by MassLive.com. “So on that end, something like that, it goes into my own personal goals in life: my self-fulfillment and things I want to accomplish throughout my lifetime.

“From the baseball aspect, really the reason why I’m playing baseball or why I even want to keep playing baseball at this level is obviously it’s fun and everything," he said. "But it’s really kind of about the competition level … At the end of the day, I want to know for myself just kind of how far Noah Song is able to play baseball. Whether that be in Short A and this is it, or maybe a level higher or two. Really for me, it’s just trying to see where my peak is.”