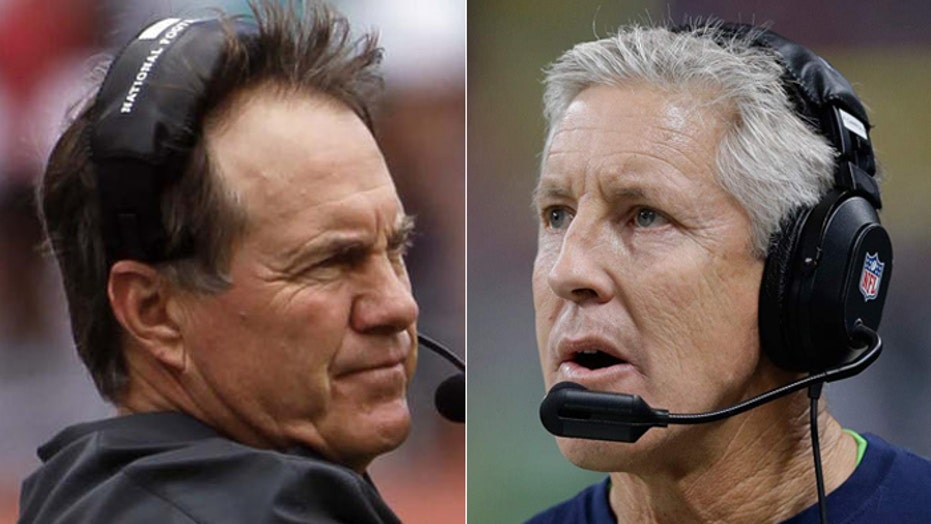 At 69 and 68 years old, Carroll and Belichick will set the record for the oldest head coach matchup in league history with a combined age of 137 years and 162 days, according to NFL Research.

But who will retire first?

"I don't know," Carroll told reporters earlier in the week. "Ask him. I'm feeling great. I'm kind of on a five-year plan. Five years from now I'll figure it out and reassess. I actually owe that to David Brooks. And he taught me that a while back. Something he wrote, 'Why are you looking year-to-year? Why don't you just plan it out over a five-year period?' So, each year is five more years.”

“So it was five years last and it's five years this year and we'll figure it out when the time comes."

Both teams will be looking to improve their 1-0 record as Cam Newton goes head-to-head with veteran quarterback Russell Wilson Sunday at 8:20 p.m. E.T.