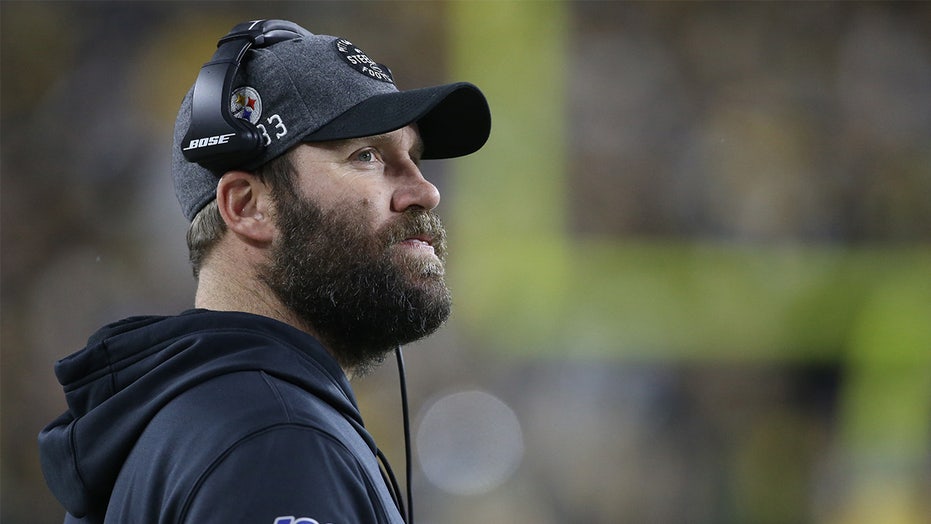 During a virtual conference call for Christian men, Roethlisberger talked about fighting several off-the-field struggles for many years.

MIKE TOMLIN: STEELERS WILL SUPPORT PLAYERS IF THEY OPT TO KNEEL

"But you have to dedicate yourself and understand that you can get out of it because of the grace of God and him saying, 'Listen, you're good enough for me the way you are. You don't have to be perfect,'" he added.

Roethlisberger admitted that he grew distant from religion during his college career at Miami (Ohio). And when he was accused of sexual assault twice during his professional career and suspended for part of the 2010 season for violating the NFL's personal conduct policy, Roethlisberger said that it changed him for the better, and he became stronger in his faith.

"Last year, we went through a crazy offseason," Roethlisberger said. "All I thought about was getting back on the football field, and I was like, 'God, you're going to give me all this redemption. I'm going to go out there, I'm going to prove everybody wrong, I'm going to win a Super Bowl, and we're going to give you all the glory, and this is it. This is my comeback year.' And the second game, I tear my elbow. That was God being like, 'Hold on, it's not your plan of coming back. It's got to be my plan.' So I had to pump the brakes.

"Those are the wake-up calls that he gives us to say, 'Hold on now -- don't be selfish and do it on your time. We're doing it on my time.'"

Roethlisberger, who suffered a season-ending elbow injury in 2019, said that he was grateful it happened when he had a closer relationship to God.

"I'm so thankful that this injury happened during my walk that I'm in now," Roethlisberger said. "I don't know that I would've been able to handle it a few years ago, five, six, seven, 10 years ago. I know that my faith wouldn't have been as strong. Now that I know what it's about, it's easy to say, 'Hey, God, this is in your hands. I'm going to go train my butt off to get back out there, and whatever you have for me, I'm ready.'"