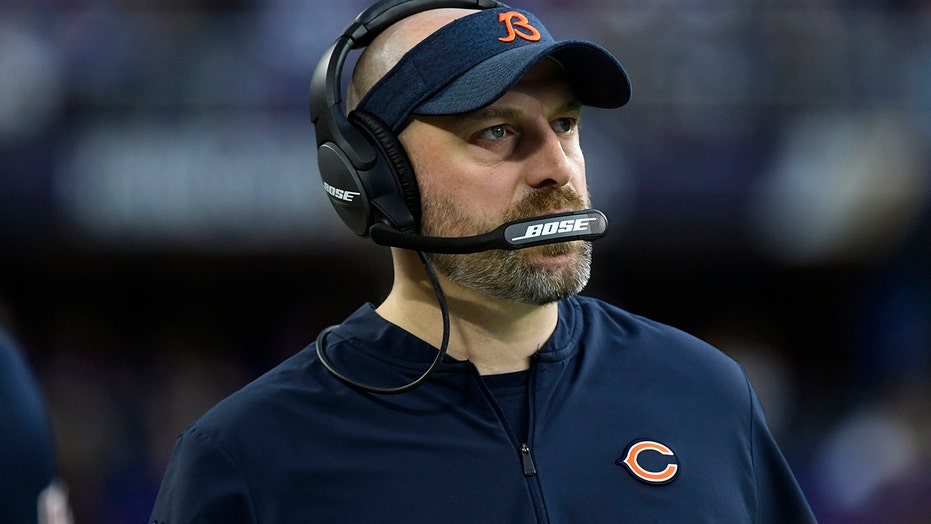 Football fans are excited as teams return to the field; Ashley Strohmier reports.

Chicago Bears general manager Ryan Pace and coach Matt Nagy gifted the players, coaches, and staff members Air Jordan sneakers before they departed for their game against the Detroit Lions.

Nagy said the gifts were a way to show their support for the players and also draw some inspiration from the Michael Jordan-led Chicago Bulls when they played the Detroit Pistons in the 1991 Eastern Conference Finals.

CHICAGO BEARS: WHAT TO KNOW ABOUT THE TEAM'S 2020 SEASON

“Our players are great. They are why we do things like this because our culture is so important to us. They were surprised and excited. It was important to Ryan and I to include every single player, but also every coach and every staff member because we are a team and a family. All of us. We do this together,” Nagy said Sunday, according to the team’s website.

“I’m a huge basketball fan, especially of MJ. Just a ton of respect for him being the ultimate competitor and how important success was to him and the sacrifices he made to be the absolute best. I really enjoyed ‘The Last Dance,’ as a fan and as a coach. Very motivational and applicable to our team and what we are trying to do, so we have shown many clips of the series to our team all offseason and a couple tonight in our team meeting as we prepare to face Detroit. I thought this was a fun way to carry that message through on our trip to Detroit."

“I thought this was a good tie into the Detroit trip because of the Bulls’ battles versus the Pistons in the late ’80s and early ’90s. Those games were nasty and the Bulls’ win in the ’91 playoffs was a testament to the work the Bulls put in, led by Michael, to get over that hump.”

More than 100 pairs of Air Jordan I, IV, XII, and XIIIs were given to the team. Bears owner Virginia McCaskey, chairman George H. McCaskey and his wife, Barb, and CEO/President Ted Phillips were among the recipients as well.