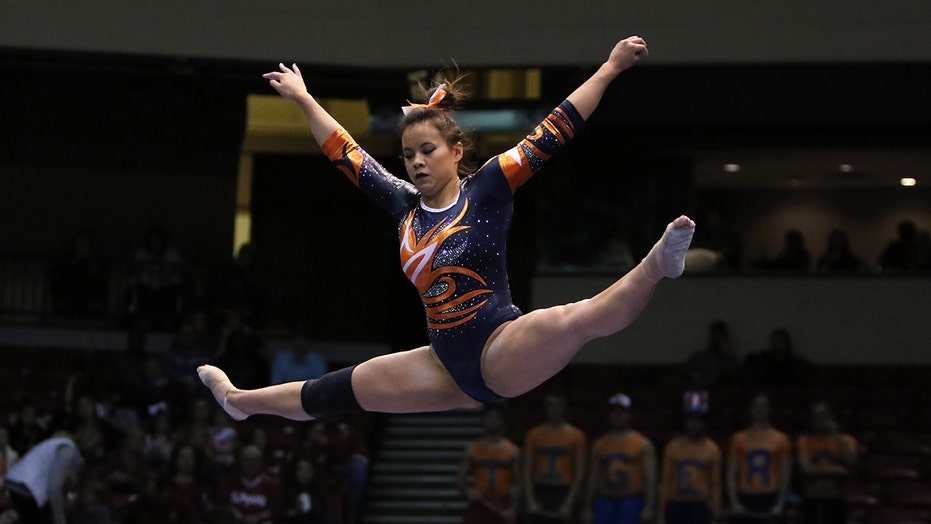 An Auburn Tigers gymnast who suffered a career-ending injury when she broke both her knees during a routine in April walked down the aisle for her wedding last week.

Pictures posted on Samantha Cerio’s Instagram page appeared to show her walking down the aisle and feeding her husband some of their wedding cake.

The latest photos come months after Cerio had to be carted out on a stretcher from an NCAA gymnastics regional event after suffering the injuries. She was making her first pass at the Baton Rouge Regional, attempting a handspring double front with a blind landing when she fell hard.

Cerio, 22, was reportedly screaming in agony on the floor and could be seen on video clutching both her legs in pain before she was tended by medical staff and athletic trainers.

Auburn coach Jeff Graba announced a day after the incident that Cerio suffered two dislocated knees with "multiple torn ligaments" in both knees after making the blind landing.

Cerio, who focused on the floor and the bars had been named SEC co-scholar athlete of the year. The aerospace engineering major who graduated in May already has a job lined up with Boeing in Seattle where she will be working on rockets.

She announced in an Instagram post following the injury that she would retire from the sport. She said she "couldn’t be prouder of the person" that gymnastics made her become.

“It’s taught me hard work, humility, integrity, and dedication, just to name a few,” she wrote. “It’s given me challenges and roadblocks that I would have never imagined that has tested who I am as a person.”