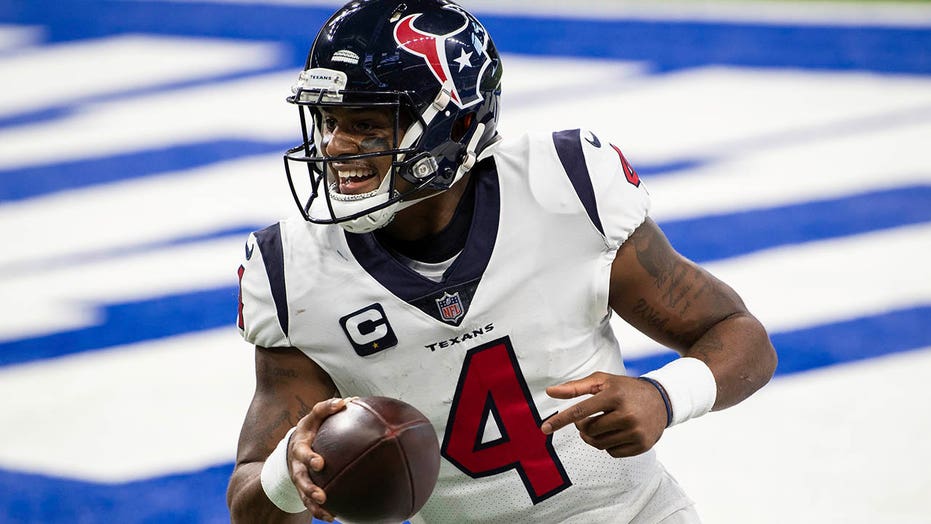 A lawyer for the 22 women who have accused Deshaun Watson of sexual assault in civil lawsuits said Sunday the Cleveland Browns didn’t reach out to him while they were trading for the quarterback.

Tony Buzbee has represented the women since the first accusation came out in March 2021. The Browns acquired Watson from the Houston Texans, and the deal was officially announced Sunday.

Deshaun Watson of the Houston Texans looks on prior to their game against the New England Patriots at NRG Stadium on Nov. 22, 2020, in Houston, Texas. (Carmen Mandato/Getty Images)

"The Browns organization did not reach out to me. I didn't expect them to do so, and can understand why they didn't. But, knowing what I know, they probably should have," Buzbee told ESPN.

Watson is accused in 22 sexual assault lawsuits of exposing himself, touching women with his penis and kissing them against their will during massage sessions. One woman alleges Watson forced her to perform oral sex.

Houston police started their investigation after a criminal complaint was filed in April 2021. A grand jury declined to indict Watson.

"We spent a tremendous amount of time exploring and investigating the opportunity to trade for Deshaun Watson," the Haslams said. "We are acutely aware and empathetic to the highly personal sentiments expressed about this decision.

"Our team’s comprehensive evaluation process was of utmost importance due to the sensitive nature of his situation and the complex factors involved. We also understand there are still some legal proceedings that are ongoing, and we will respect due process.

"It was pivotal that we, along with Andrew Berry and Kevin Stefanski, meet with Deshaun to have a straightforward dialogue, discuss our priorities and hear directly from him on how he wants to approach his career on and off the field. He was humble, sincere and candid. In our conversations, Deshaun detailed his commitment to leading our team; he understands and embraces the hard work needed to build his name both in the community and on the field.

DESHAUN WATSON TRADED TO THE BROWNS IN NFL SHOCKER

"Those in-depth conversations, the extensive evaluation process, his dedication to being a great teammate and devotion to helping others within the NFL, within the community and through his charitable initiatives provided the foundation for us to pursue Deshaun. We are confident in Deshaun and excited about moving forward with him as our quarterback and supporting his genuine and determined efforts."

Berry said the team was looking forward to having Watson as the starting quarterback for the 2022 season and beyond.

"We look forward to having Deshaun as our starting quarterback. We have done extensive investigative, legal and reference work over the past several months to provide us with the appropriate information needed to make an informed decision about pursuing him and moving forward with him as our quarterback," Berry said.

"Deshaun has been among the very best at the position, and he understands the work needed to reestablish himself on and off the field in Cleveland. We are confident that he will make positive contributions to our team and community as we support his return to football."

Stefanski, the 2020 NFL Coach of the Year, stressed the "background" the team did on Watson.

"We understand the concerns and questions that exist but are confident in the extensive work Andrew and his staff have done to feel confident about him joining our organization," Stefanski said. "It was important for us to meet with Deshaun in person as part of our team’s evaluation process. We had a candid conversation regarding his approach to coming into our organization and community. I’m looking forward to the opportunity to coach Deshaun. He is ready to put in the hard work needed to help our team improve and make a positive impact in our community."

The quarterback has maintained his innocence throughout the process. He didn’t play last season after requesting a trade from the Texans. He could still be disciplined by the NFL.