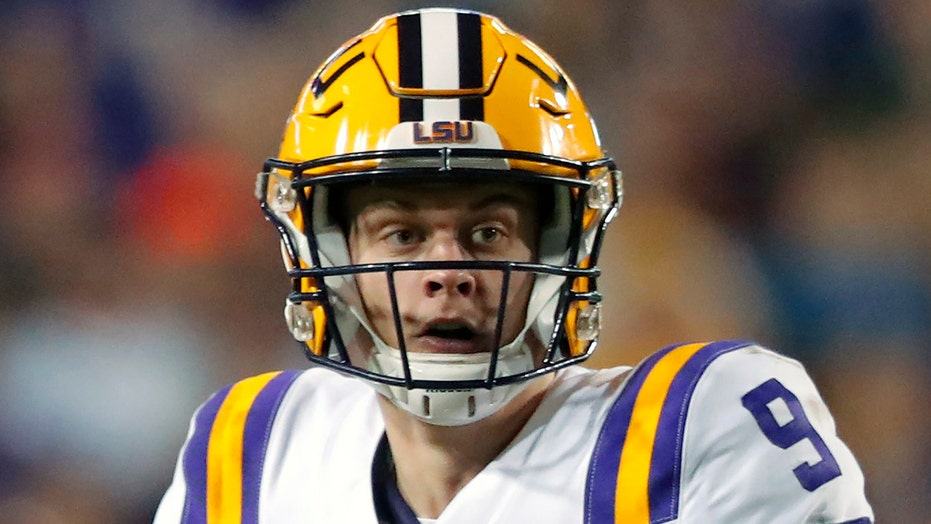 After a stellar season leading LSU to a national championship, quarterback Joe Burrow was the presumptive No. 1 overall selection in the 2020 NFL Draft. Once Cincinnati made it clear that it was in need of change at the position, Burrow to the Bengals quickly became a reality.

Many draft experts had Burrow as the clear-cut top pick, and it was an easy choice because of his talent. But there’s at least one general manager in the league who isn’t convinced that Burrow will be the next superstar at the position.

One general manager, speaking anonymously, compared Burrow to Washington Redskins quarterback Alex Smith, who was drafted No. 1 overall by the San Francisco 49ers in the 2005 draft.

“I have concerns,” the GM told The Athletic. “He does not have a lot of power or strength in his arm at all. He is a one-year producer. Love the brain, like the short accuracy. He is Alex Smith-like, and Alex was the No. 1 pick in the draft, nothing wrong with that.”

During his senior season, Burrow put up passing numbers that will go down as some of the best in college football history. He completed 76.3 percent of his passes for 5,671 yards, 60 touchdowns and six interceptions, and even rushed for 368 yards and five more scores.

Burrow and Smith are very comparable when it comes to their size. Burrow is 6-foot-4 and 221 pounds, while Smith is 6-foot-4 and 213 pounds. And they are both stealthy athletes, which allows them to make plays with their legs regularly.

There’s no doubt that Smith has had a solid NFL career, but if Burrow ends up having a similar career, the Bengals will be disappointed. Smith’s career is very comparable to former Bengals starter Andy Dalton, who was released by the team on Thursday and signed with the Dallas Cowboys two days later. Dalton took the Bengals to the playoffs five times, but he never won a playoff game.

Cincinnati is hoping that Burrow will develop into an elite-level quarterback. Former Bengals signal-callers Ken Anderson, Boomer Esiason, and Dalton were all very good players, but they never entered the elite category at the position. The Bengals are hoping Burrow can be that guy who takes them to that next level.