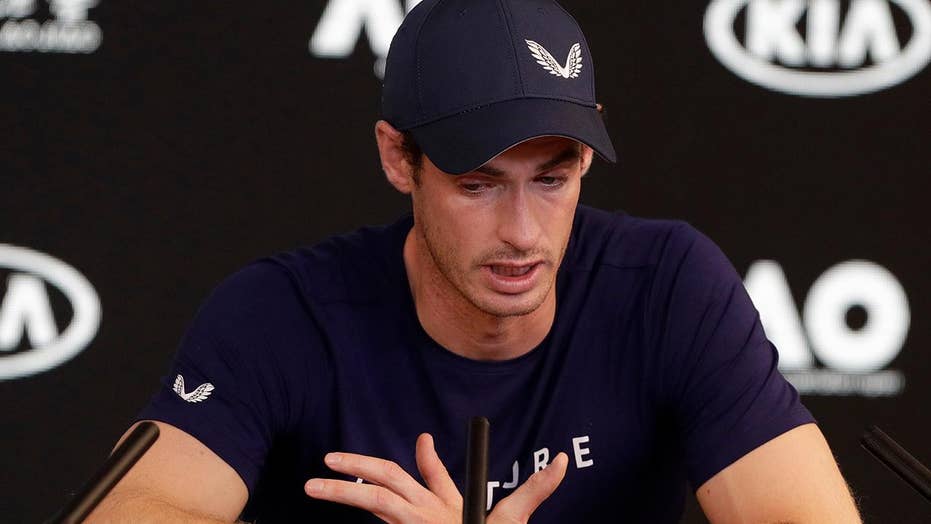 Andy Murray is on the verge of quitting tennis after admitting: "I'm in pain daily".

In an extraordinary pre-Australian Open press conference, the British sports star fears his first-round against Spaniard Roberto Bautista Agut on Monday could be the last of his career.

The two-time Wimbledon champion, 31, is struggling with a hip injury that required surgery 12 months ago in Australia.

The Scot still hopes to carry on playing until Wimbledon this summer — but he worries his broken body is not allowing him to play at the highest level anymore.

Britain's Andy Murray wipes tears from his face during a press conference at the Australian Open tennis championships in Melbourne, Australia, Friday, Jan. 11, 2019. A tearful Murray says the Australian Open could be his last tournament because of a hip injury that has hampered him for almost two years. (AP Photo/Mark Baker)

Murray had to take a break from his press conference after breaking down on stage in Melbourne.

After several minutes backstage to compose himself, he said: “I’m not feeling good.

“Obviously I’ve been struggling for a long time. I have been in a lot of pain for probably about 20 months now.

“I have pretty much done everything that I could to try and get my hip feeling better. It hasn’t helped loads.

Murray had to take a break from his press conference after breaking down on stage in Melbourne. After several minutes backstage to compose himself, he said: “I’m not feeling good. (AP Photo/Mark Baker)

“I’m in a better place than I was six months ago, but still in a lot of pain. Yeah, it has been tough.”

“In the middle to the end of December in my training block, I spoke to my team, and I told them ‘I cannot keep doing this’."