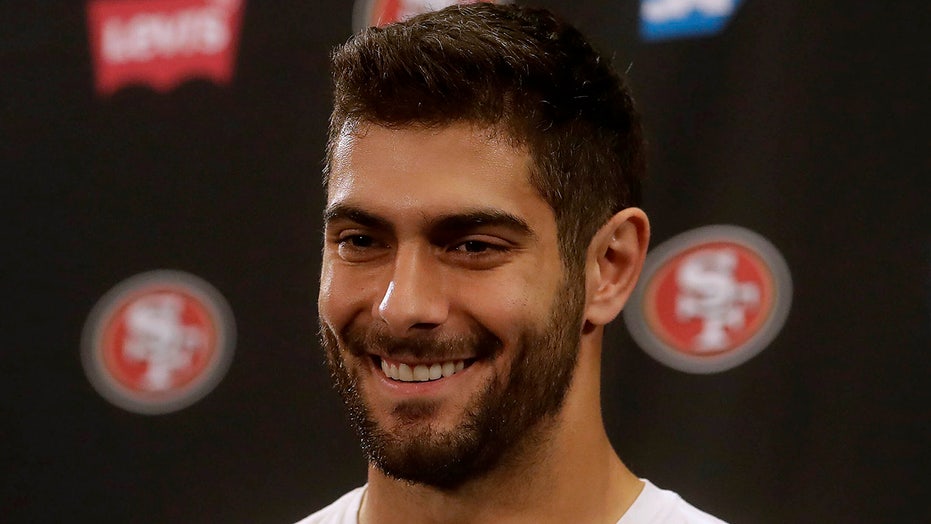 San Francisco 49ers quarterback Jimmy Garoppolo has received criticism for his lack of passing in the last two games and that’s not right, his teammate Richard Sherman said.

Sherman, in an interview with Bleacher Report published Sunday, was asked whether he was peeved over the Garoppolo criticism given that the quarterback only threw eight passes in the 49ers’ NFC Championship win over the Green Bay Packers.

“Idiots sound like idiots at this point,” Sherman said.

When asked whether Garoppolo not throwing the ball to win is a good thing, Sherman responded: “Once again, it's people telling you how to win. Like ‘Hey, we don't care that you're winning by double digits every game. You're not winning the way we want you to. So let's criticize him.’”

Sherman, who had the game-sealing interception in the NFC Championship, was confident that Garoppolo is the right person to lead them to a Super Bowl title.

“We're the No. 1 seed going into the Super Bowl. We're as confident as we're going to be,” Sherman said.

Garoppolo only threw the ball eight times because the Packers had no answer for running back Raheem Mostert.

Mostert got the bulk of the carries when Tevin Coleman went down with an injury. He carried the ball 29 times and rushed for 220 yards and four touchdowns. He came close to Eric Dickerson’s record for most rushing yards in a conference title game, with 248.

The 49ers play the Kansas City Chiefs in Super Bowl LIV on Feb. 2.