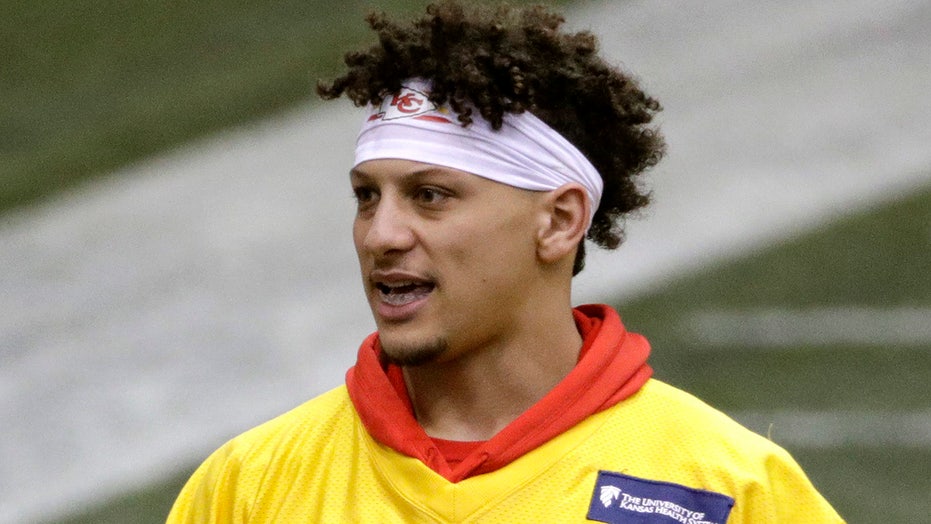 The Kansas City Chiefs and the San Francisco 49ers have revealed the jerseys their players are going to wear at Super Bowl LIV in Miami Gardens, Fla., at Hard Rock Stadium.

The Chiefs will wear their signature red jerseys with white lettering and white pants. Kansas City players will sport a Super Bowl LIV patch on their right shoulder and an American Football League patch on their left shoulders as an ode to late owner Lamar Hunt – the father of co-owner Clark Hunt, the current team's operating head of the franchise.

WHO IS CLARK HUNT? 5 THINGS TO KNOW ABOUT KANSAS CITY CHIEFS CO-OWNER

According to The Athletic, San Francisco was arguing to wear their throwback jerseys for the game – the same kits they wore in Week 7 against the Carolina Panthers and Week 17 against the Seattle Seahawks. However, NFL rules note that throwback jerseys can only be worn once per season and the team reportedly received an exception to wear them for the final game of the year.

The two teams will match up Feb. 2.