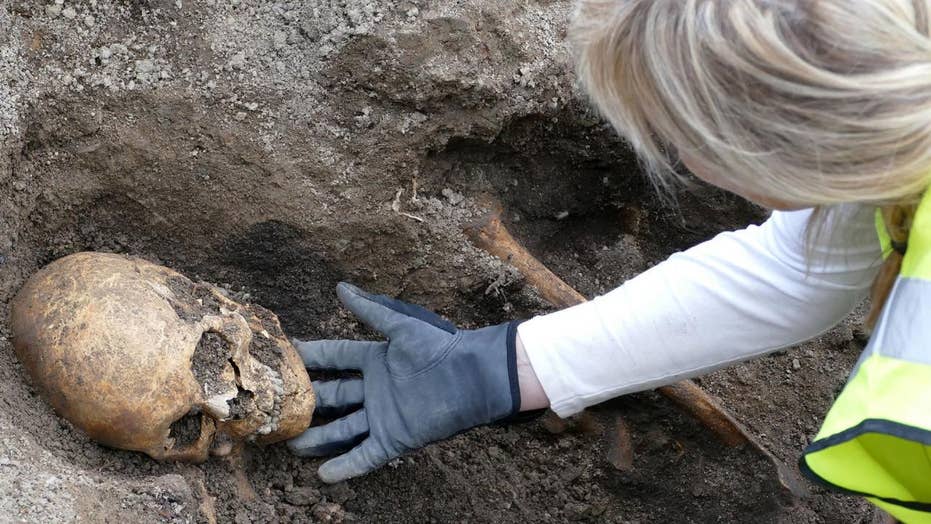 Two Viking boat graves have been uncovered in Sweden in what archaeologists are describing as a “sensational” discovery.

One grave, which was intact, contained the remains of a man, a horse and a dog, according to archaeological service Arkeologerna (The Archaeologists), which announced the finds. A sword, spear, shield and an ornate comb were also uncovered within the grave. The Archaeologists is part of Sweden’s National Historical Museums.

The graves were discovered last fall during the excavation of a vicarage near the historic city of Uppsala and excavated during the last month.

“This is a unique excavation, the last excavation of this grave type in Old Uppsala was almost 50 years ago,” said archaeologist Anton Seiler in a statement, who works for The Archaeologists.

Boat burials were a common tradition in the Iron Age into the Viking Period. Prior to the latest discoveries, however, only around 10 boat burials have been uncovered in Sweden.

“It is a small group of people who were buried in this way. You can suspect that they were distinguished people in the society of the time since burial ships in general are very rare,” said Seiler in the statement.

A man's remains were discovered in one of the boat graves. (The Archaeologists)

The archaeologist also noted that boat burials are rarely excavated. “We can now use modern science and methods that will generate new results, hypotheses and answers,” he explained.

Some artifacts from the latest find will go on display at the Gamla Uppsala Museum and at the Swedish History Museum in Stockholm.

A comb and a part of a shield were discovered in one of the boat graves. (Arkeologerna Statens Historiska Museer)

Viking-era discoveries have thrilled archaeologists across Scandinavia and the Baltic in recent years. An incredible Swedish grave containing the skeleton of a Viking warrior, long thought to be male, was recently confirmed as female. Last year, a Viking “Thor’s hammer” was discovered in Iceland and archaeologists in Norway used ground-penetrating radar technology to reveal an extremely rare Viking longship.

The wreck of a 12th-century ‘Viking-style’ ship discovered in a German port is also revealing its secrets thanks to high-tech 3D-scanning technology.