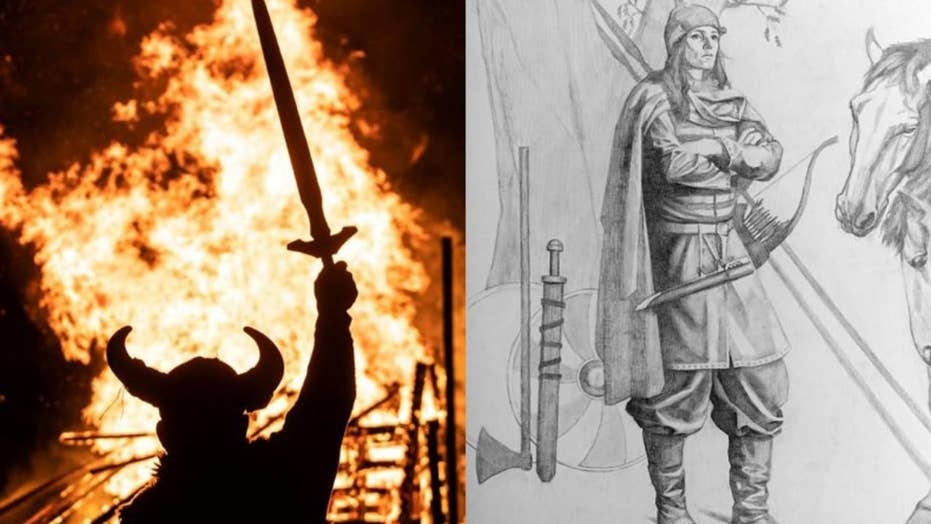 The 10th-century grave, known as Bj. 581, was first discovered on the Swedish island of Bjorko in the late 19th century. Stunning artifacts found in the grave indicated that it belonged to a high-status Viking warrior, who, for over a century, was assumed to be male.

In a study published this week in the journal Antiquity, the researchers responded to critics of the original study, explaining that they analyzed the correct skeleton and that there was only one set of human remains in the grave. “The simple and secure conclusion is that we have the right individual, who was buried alone, and that this person has been proven to be biologically female,” they explained.

The experts also reiterated the woman’s warrior status. “In our opinion, Bj.581 was the grave of a woman who lived as a professional warrior and was buried in a martial environment as an individual of rank,” they wrote. “To those who do take issue, however, we suggest that it is not supportable to react only now, when the individual has been shown to be female, without explaining why neither the warrior interpretations nor any supposed source-critical factors were a problem when the person in Bj.581 was believed to be male.”

The warrior woman was buried in elaborate clothing and her grave contained a stunning array of weapons, including a sword, an ax, 25 armor-piercing arrows, a fighting knife, two lances and two spears. She was also buried with two horses, underlining her high status in Viking society.

Intriguingly, a bag of gaming pieces was also placed in the warrior’s lap and a gaming board was propped up beside her skeleton.

Artist's impression of the occupant of grave Bj.581 as a high-status female warrior. (Drawing by Tancredi Valeri/Antiquity Publications Ltd.)

Set against this backdrop, the team behind the study noted other Viking women likely bore arms.

“We would be very surprised if she was alone in the Viking world; other women may have taken up arms in the same seasonal or opportunistic context as many male Viking raiders,” they wrote. “A few may have risen to positions of command—indeed, the quality of the individual’s clothing, and the presence of the gaming set, implies that she may have been one of them.”

Gaming sets are typically associated with Viking military leaders, according to the researchers, who noted they are often found in larger boat graves.

Despite the incredible glimpse into Viking society that the grave offers, many aspects of the woman’s life will remain unknown. “Can we be sure that the person in Bj.581 was a woman, in a gendered sense? No, we cannot. She may have taken on a man’s social role, while retaining a feminine identity,” explained the study’s authors.

The grave is one of many fascinating archaeological finds from the time of the Vikings. Last year, for example, a Viking “Thor’s hammer” was discovered in Iceland and archaeologists in Norway used ground-penetrating radar technology to reveal an extremely rare Viking longship.