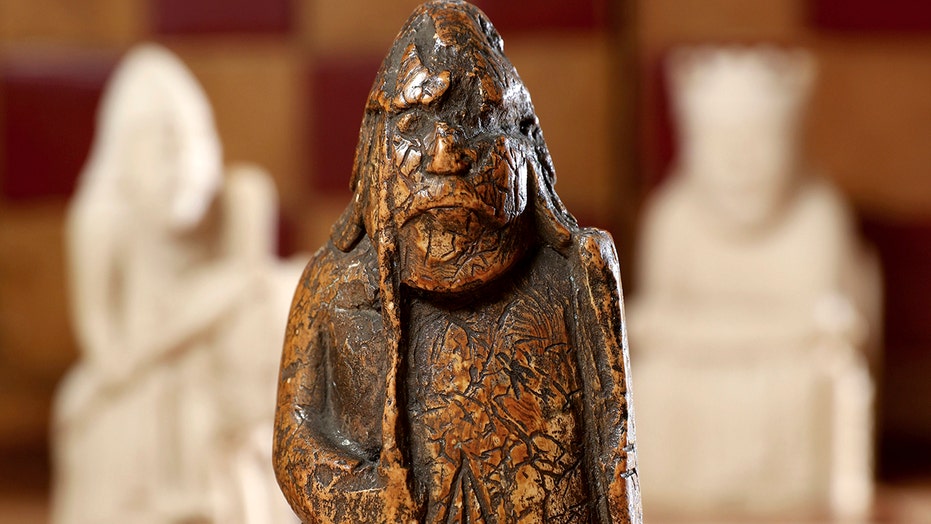 The 3 1/2-inch Lewis Chessman was sold to an anonymous bidder at Sotheby's in London on Tuesday.

File photo - This image made available by Sotheby's on Monday June 3, 2019, shows a newly discovered Lewis Chessman on display at Sotheby's in London. (Tristan Fewings/Sotheby's via AP)

Sotheby’s describes the Less Chessmen as “the most famous chess pieces to have survived from the medieval world.” The auction house had estimated that the chess piece would sell for between $670,000 and $1.26 million.

The Lewis Chessmen are intricate, expressive chess pieces in the form of Norse warriors, carved from walrus ivory in the 12th century.

A hoard of dozens of pieces, amounting to four chess sets, was discovered in 1831 on Scotland's Isle of Lewis — but five of the pieces were missing.

The Sotheby's piece, the equivalent of a rook, is the first missing chessman to be identified.

Of the 93 pieces found on the Isle of Lewis, 82 are now in the British Museum in London and 11 are in the collection of the National Museum of Scotland in Edinburgh.

A replica of the Lewis Chessmen is used in the game of “Wizard’s Chess” played in the first Harry Potter film, “Harry Potter and the Philosopher’s Stone.”