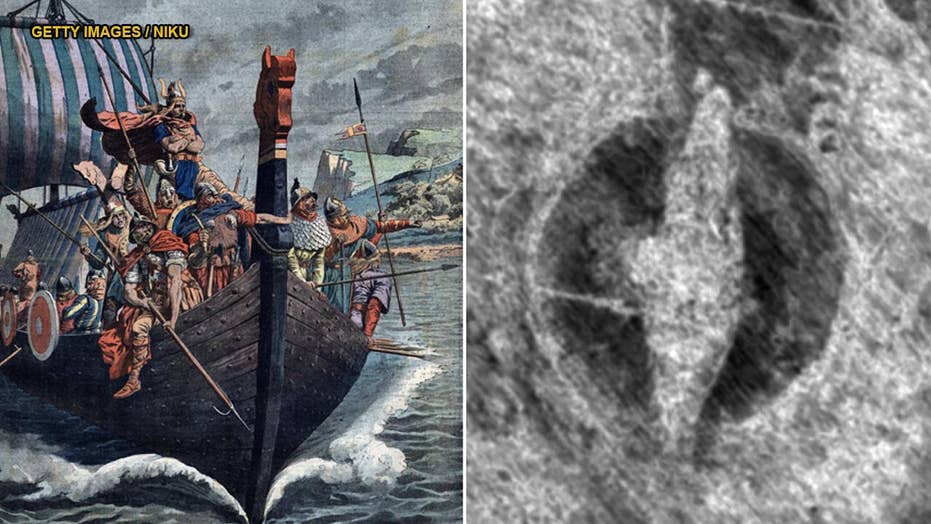 Archaeologists in Norway have used ground-penetrating radar technology to discover an extremely rare Viking longship in what experts are describing as a 'sensational' find.

Archaeologists in Norway have used ground-penetrating radar technology to discover an extremely rare Viking longship in what experts are describing as a “sensational” find.

A team from the Norwegian Institute for Cultural Heritage Research (NIKU) harnessed high-resolution georadar to locate the ship in Østfold County, southeastern Norway. The 66-foot vessel, which is located in a burial mound, is just beneath the topsoil at a depth of 1.6 feet.

“The data indicate that the lower part of the ship is still preserved,” said NIKU, in a statement, noting that the ship’s keel and floor timbers appear to be visible.

Dr. Knut Paasche, head of the department of digital archaeology at NIKU, described the find as “incredibly exciting” in the statement, adding that only three well-preserved Viking ships have been found in Norway.

“We are certain that there is a ship there, but how much is preserved is hard to say before further investigation,” said Morten Hanisch, county conservator in Østfold, in the statement.

Archaeologists have also identified eight previously-unknown burial mounds, which have been destroyed by plowing, at the site. Additionally, georadar data revealed five longhouses, some of which are “remarkably large.”

Viking families lived in windowless longhouses, which also served as a shelter for their cattle.

The Viking ship was found by georadar at Viksletta right next to the monumental Jelle Mound in Østfold. (Photo: Lars Gustavsen, NIKU)

The site is the next to a monumental Viking burial mound. The longship thus forms part of a cemetery that is clearly designed to display power and influence, according to NIKU project leader Lars Gustavsen. “The ship-burial does not exist in isolation,” he said in a statement.

Archaeologists are now planning to digitally map the site, uncovering more details about the ship without unearthing it and exposing it to the elements. However, experts are not ruling out the possibility of an excavation at some point in the future.

The georadar used in the research project was developed by the Ludwig Boltzmann Institute for Archaeological Prospection and Virtual Archaeology (LBI ArchPro). The Institute’s technology was also used to discover a Roman gladiator school in Austria and provide evidence of additional structures at Stonehenge.

Georadar revealed the outline of the Viking ship. (NIKU)

The longship is just the latest fascinating archaeological find from the time of the Vikings. An 8-year-old girl recently discovered a 1,500-year-old Viking sword in a Swedish lake.

Earlier this year, an incredible trove of silver treasure linked to the era of a famous Viking king was discovered on an island in the Baltic Sea. Hundreds of 1,000-year-old silver coins, rings, pearls, and bracelets were found on the German island of Ruegen.

Last year, an incredibly well-preserved Viking sword was found by a reindeer hunter on a remote mountain in Southern Norway. In 2016, archaeologists in Trondheim, Norway, unearthed the church where Viking King Olaf Haraldsson was first enshrined as a saint.

Fox News' Bradford Betz and The Associated Press contributed to this article.