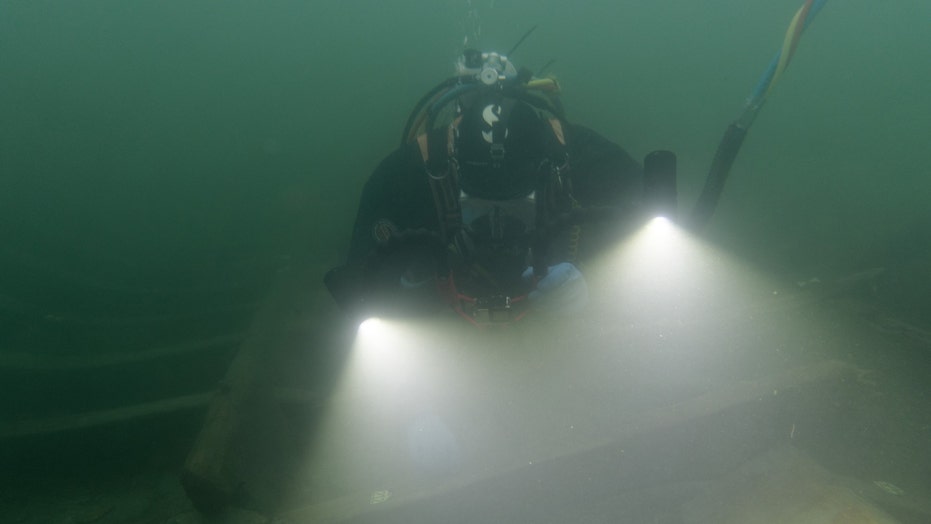 The wreck of a 12th-century ‘Viking-style’ ship discovered in a German port is revealing its secrets thanks to high-tech 3D-scanning technology.

The shipwreck was found in just 10 feet of water when workers were extending the Baltic Sea port of Wismar. Thanks to the seawater and harbor silt, the ship’s timbers are perfectly preserved, according to archaeologists.

Measuring almost 80 feet by 13 feet, the ship’s remains have been dated to around 1188. Experts used 3D scanner technology to reveal that the open-decked ship was constructed entirely with axes and adzes.

Analysis of the ship’s timbers revealed that they were from Western Sweden. Maritime Archaeologist Dr. Jens Auer, who led the project, described the ship as a descendant of Viking vessels. “It was a heavy, load-bearing cargo ship, of Nordic design, built with great care and durability…with overlapping pine planks, clinker-style, with a beautiful curved construction…made during a relatively peaceful period of time," he explained, in a statement.

The ship likely carried cargoes such as timber, stones, or even beer, Auer added.

Experts estimate that the ship had a crew of 8 to 12 men.

"The Wismar wreck is of great importance because it tells us about the type of vessels that were crossing the seas of Northern Europe during the high medieval period,” Massimiliano Ditta, maritime archaeologist at the Stavanger Maritime Museum told Fox News, via email. “Historically we were in a period of transition and a shift of economic power. This is reflected in the construction of the ship, and due to its incredible state of preservation, it is a treasure trove of information not otherwise accessible.”

A diagram of the shipwreck. (Massimiliano Ditta)

After lifting the wreck out of the Baltic waters, experts used an Artec handheld 3D scanner technology to scan the timbers at a warehouse in the German city of Schwerin. The scanning process took one month, with the scans used to create a 3D-printed small scale model of the ship.

Ditta, who oversaw the 3D scanning of the wreck, says that the ship offers a glimpse into Baltic trade before towns in the region formed a powerful trading group known as the Hanseatic League.

“The ‘Big Ship of Wismar’ not only shows us how bulk trade was carried out between Scandinavia and the Baltic shores prior to the rise of the Hanseatic League but also sheds light on the early history of Wismar as a maritime town,” he said.

The ship's timbers are being stored at a conservation facility in Schwerin, according to the researchers involved in the project, and may end up in a museum.

Viking-era discoveries have thrilled archaeologists across Scandinavia and the Baltic in recent years. An incredible Swedish grave containing the skeleton of a Viking warrior, long thought to be male, was recently confirmed as female. Last year, a Viking “Thor’s hammer” was discovered in Iceland and archaeologists in Norway used ground-penetrating radar technology to reveal an extremely rare Viking longship.

A 3D scan of one of the ship's timbers. (Landesamt für Kultur und Denkmalpflege Mecklenburg-Vorpommern)