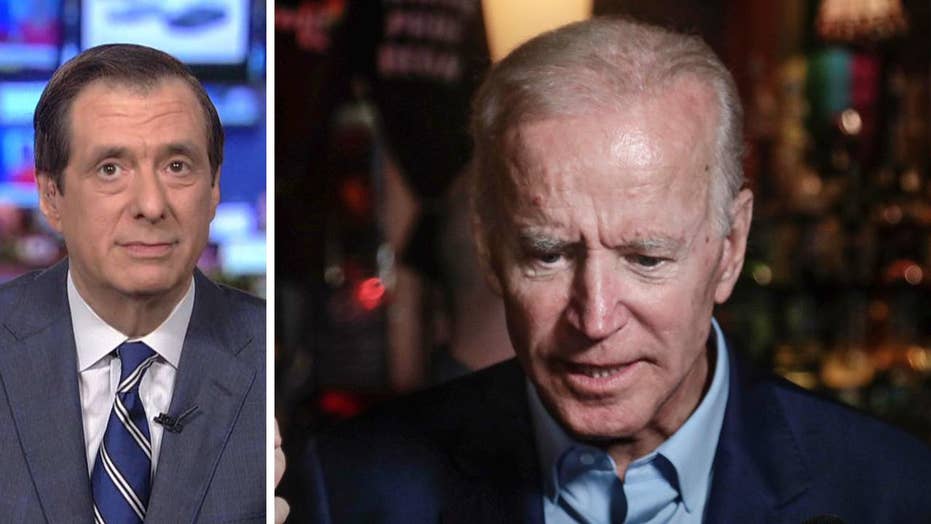 Out of all the senators he worked with over three and a half decades on the Hill, Joe Biden had to pick two ardent defenders of segregation?

Seriously, could he be more tone-deaf?

But all that was utterly drowned out by his choice of two long-dead Democrats. Eastland and Talmadge weren't just opponents of integration, they were stone-cold racists. Biden wasn't praising them, as some are suggesting, but he was fondly recalling the way they worked together back in the 1970s. 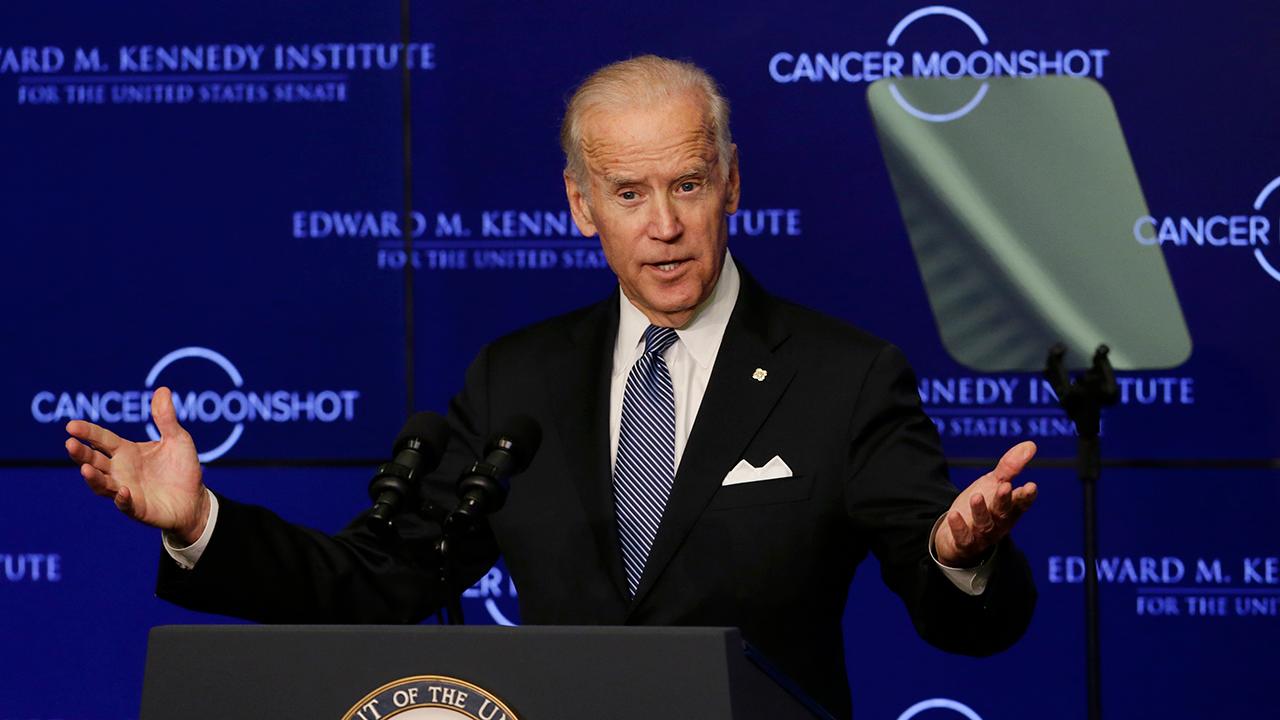 Tucker: Does the left think Joe Biden is a racist?

Democratic candidates go after Joe Biden for comments on segregationists.

Oh, and it made it seem like Biden is living in the past. A good chunk of the country wasn't alive in Eastland's heyday.

What's also disturbing are media reports that the former VP has told this story about Eastland before and that his staff had urged him to stop — suggesting, at the very least, a lack of discipline.

Equally strange, when Biden made the remarks at a New York fundraiser, was his observation that Eastland "never called me 'boy,' he always called me 'son.'"

Well, he's white. Was that a joke?

Biden did note that Talmadge was "one of the meanest guys I ever knew."

What's fueling the coverage are the attacks from Biden's 2020 rivals — especially Cory Booker and Kamala Harris, as well as Bill de Blasio, who has an African-American wife.

Biden stood his ground when reporters asked about Booker's demand that he apologize.

"Apologize for what? Cory should apologize. He knows better. There's not a racist bone in my body; I've been involved in civil rights my whole career. Period. Period. Period."

That's true. It's also true that politics is about the future, not the past. 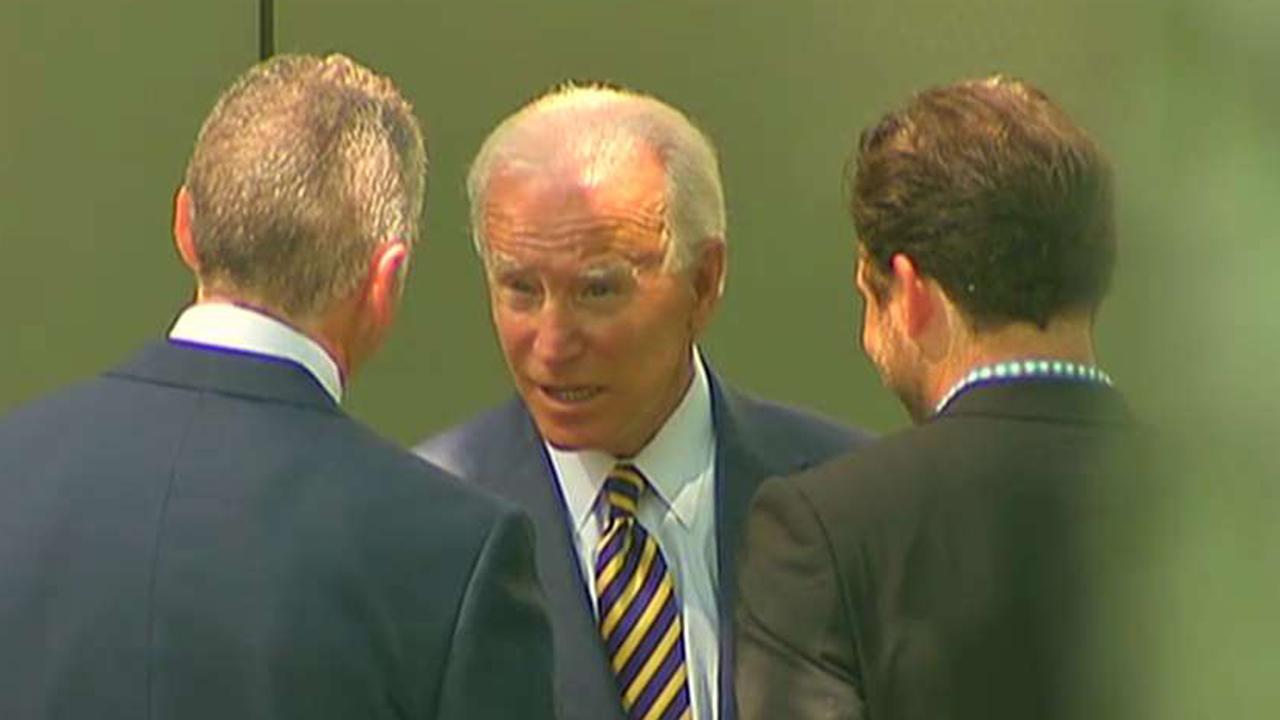 Biden may have to defend comments at debate; Peter Doocy has the details.

The media reaction has been mixed. Some pundits are really pounding him, including those who find Biden too moderate and predicted he would implode with blunders like this.

Others are giving him a pass, or saying he spoke inartfully, in ways they would not had a Republican said the same thing. (Back in 2002, then-Senate Majority Leader Trent Lott had to apologize after a firestorm when he praised segregationist Strom Thurmond and said if he had won his presidential bid, "we wouldn't have had all these problems over all these years, either.'")

For instance, Donna Brazile, the veteran Democratic strategist and Fox News contributor, told The Washington Post: "I am trying to figure out if I am more outraged or simply disappointed. He should apologize."

But Whoopi Goldberg said on "The View": "You have to work with people you don't like ... Listen, beat Biden in the debates, you know? If you can beat him, beat him. Don't try to make him out a racist."

Nobody is saying Biden is a racist. But some are saying he is ham-handed and too intent on reliving ancient exploits in the Senate.

Since this is guaranteed to come up in next week's debates, the Democratic front-runner is now facing his first real test. 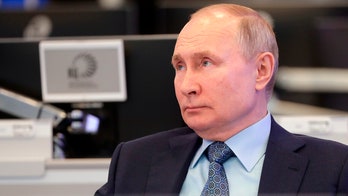