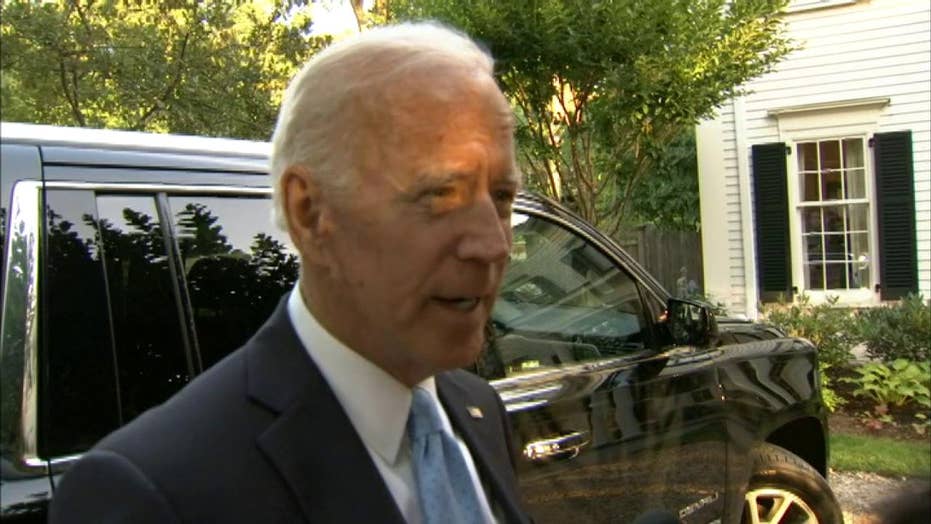 Ari Fleischer tweeted Wednesday that 2020 hopeful Joe Biden is “getting what he deserves” in Democratic backlash over his recent statements about working with pro-segregationist senators in the past.

The former George W. Bush White House press secretary unearthed a quote from the 2012 campaign trail in which Biden told a predominately black audience in Virginia that Republicans “want to put y’all back in chains.” He was speaking about then-vice presidential candidate Paul Ryan's budget proposal and how the Republican candidates wanted to "unchain" Wall Street.

“[T]here is a sense of karma to the fact that Biden is now in trouble with many Democrats for discussing his relationship with segregationist Senators,” Fleischer tweeted.

Biden has faced sharp criticism this week from several Democratic presidential candidates after he invoked former Sens. James Eastland of Mississippi and Herman Talmadge of Georgia in touting his ability to work across the aisle.

“At least there was some civility,” Biden said about the Senate in the 1970s and the segregationist senators while at a fundraiser Tuesday. “We got things done. We didn’t agree on much of anything. We got things done. We got it finished. But today, you look at the other side and you’re the enemy. Not the opposition, the enemy. We don't talk to each other anymore.”