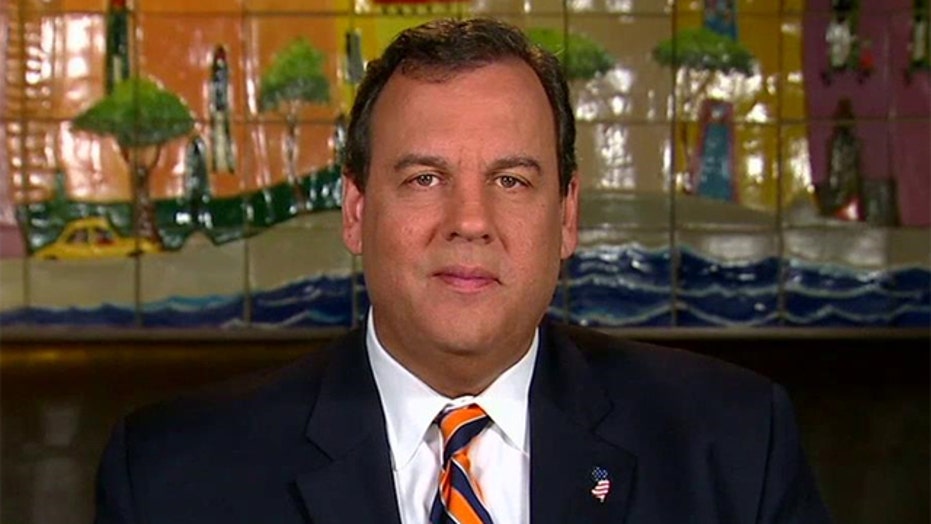 The decision by several U.S. states to impose mandatory quarantines for health-care workers returning from West Africa and other Ebola-ravaged regions sparked disagreement this weekend between their governors and the Obama administration, including White House officials concerned about the “unintended consequences” of such drastic measures.

The White House says the only way to stop the deadly virus is to get health-care workers to the hardest-hit countries and has asked the governors to reconsider implementing the quarantines because they will deter such efforts, as first reported by The New York Times.

The White House on Sunday confirmed the request with Fox News and said the administration is working on new federal guidelines on returning health-care workers exposed to Ebola, realizing the concern among Americans about a potential outbreak on U.S. soil.

Dr. Anthony Fauci, director of the National Institute of Allergy and Infectious Diseases, said early Sunday that the 21-day quarantines now being imposed in Florida, Illinois, New Jersey, New York can have the “unintended consequence” of discouraging health care workers from volunteering, particularly in the West African countries, where an estimated 4,500 people have so far this year died from Ebola.

"We do not want to put them in a position where it makes it very, very uncomfortable for them to even volunteer," he told “Fox News Sunday.”

The Times reported late Sunday night that New York's Gov. Andrew Coumo, after facing resistance from the White House, will allow those who do not have symptoms to remain at home instead of being quarantined in a hospital.

Fauci argued that aggressive monitoring can accomplish the same results because people infected with Ebola do not become contagious until they start showing symptoms.

New Jersey GOP Gov. Chris Christie told Fox News that he has “great respect” for Fauci but defended his decision to impose the quarantine, saying he has an obligation to protect residents amid Centers for Disease Control guidelines that remain a “moving target.”

“Imagine that you're the person in charge of public health for people of a large, densely populated state … and these protocols continue to move and change,” Christie said. “It was my conclusion we need to do this to protect the public health of people of New Jersey. (New York) Governor Cuomo agreed. And now, (Chicago) Mayor Emanuel agrees. And I think the CDC eventually will come around to our point of view on this.”

Still, Cuomo acknowledged Saturday that the state's quarantine policy could be unenforceable and that several contingencies have yet to be resolved, including the consequences for people refusing to be quarantined and where they would spend their time during the watch period.

The mandatory quarantines were imposed on travelers returning from West Africa who had contact with Ebola patients following Doctors Without Borders physician Dr. Craig Spencer being diagnosed Thursday with the deadly virus.

Spencer is now in isolation at Bellevue Hospital in New York City. He had been on the subway, went bowling and to a park and restaurant before showing symptoms.

Spencer’s fiancée, Morgan Dixon, was also quarantined there but is now back at the couple’s Harlem apartment where she remains isolated with a security detail outside of her door.

The back-and-forth Sunday followed Doctors Without Borders nurse Kaci Hickox saying a day earlier that she felt like she was being treated like a criminal upon arriving at Newark Liberty International Airport after treating Ebola patients in West Africa.

“One man who must have been an immigration officer because he was wearing a weapon belt that I could see protruding from his white coveralls barked questions at me as if I was a criminal,” she said in a Dallas Morning News op-ed piece. “I was hungry and thirsty and asked for something to eat and drink. I was given a granola bar and some water. I wondered what I had done wrong.  … Eight police cars escorted me to the University Hospital in Newark. Sirens blared, lights flashed. Again, I wondered what I had done wrong.”

Hickox is the first nurse to be quarantined for Ebola, in a New Jersey hospital, under the new state program.

Cuomo, a Democrat, and Christie, a Republican, announced their mandatory quarantines Friday. Illinois Democratic Gov. Pat Quinn, on the same day, announced his plan for “high-risk” travelers who come into direct contact with patients from the West African nations of Liberia, Guinea or Sierra Leone.

On Saturday, Florida GOP Gov. Rick Scott also ordered mandatory health monitoring for 21 days, for anybody returning from all Ebola-affected parts of the world.

Christie also disagreed with Fauci’s argument about volunteer isolation for possible Ebola victims being the correct course of action.

“I don't believe when you're dealing with something as serious as this that we can count on a voluntary system,” he said. “The government job is to protect safety and health of our citizens. And so, we've taken this action and I absolutely have no second thoughts about it.”

The virus is transmitted through direct contact with the bodily fluids of an infected person.

Christie also argued that an NBC News crew that had returned from West Africa was supposed to self-quarantine because its cameraman was hospitalized with Ebola. However, members were out two days later in the New Jersey town of Princeton.

Fauci said Spencer did exactly what he should have done by putting himself in isolation as soon as he developed a fever.

"The risk is essentially zero, vanishingly small," he said.

Samantha Power, the U.S. ambassador to the United Nations who is on a trip to West Africa to highlight the need for increased international support to combat Ebola, told NBC’s “Meet the Press” that the U.S. must ensure that returning health-care workers "are treated like conquering heroes and not stigmatized for the tremendous work that they have done."