U.S. Sen. Jay Rockefeller, who came to West Virginia as a young man from one of the world's richest families to work on anti-poverty programs and remained in the state to build a political legacy, announced Friday he will not seek a sixth term.

The 75-year-old Democrat's decision was expected and comes as his popularity in the conservative state had been waning for sparring with the powerful mining industry and supporting President Obama. It puts the seat held by Democrats since 1958 in jeopardy for the party.

Democrats, who hold a 55-45 edge in the Senate, will be defending 20 seats in next year's election while Republicans have 13 seats on the ballot. There are several vulnerable Senate Democrats in Republican-leaning states, including in Alaska and Louisiana.

Rockefeller's retirement is the first of the 2014 class and comes early in the process, giving Democrats time to find a candidate.

It was time to "bring more balance to my life after a career that has been so obsessively dominated by politics and public policy and campaigns," Rockefeller told The Associated Press ahead of his formal announcement. "I've gotten way out of whack in terms of the time I should spend with my wife and my children and my grandchildren."

In a state that is the second-leading producer of coal, Rockefeller's positions rankled some who are protective of an industry that brings more than 65,000 jobs to one of America's poorest states. He accuses mining supporters of a combative closed-mindedness in the face of inexpensive natural gas, concerns over climate change and calls for cleaner ways to burn coal. Mining advocates accuse Rockefeller of abandoning them as Obama has ramped up scrutiny of Appalachian mountaintop-removal mining operations.

"I know the coal companies are going after me. ... I can live with that, because I know that I am fighting every day for coal miners," Rockefeller said.

Rockefeller defended his support of Obama and the president's signature health care overhaul, and insisted that their unpopularity with West Virginians did not influence his decision to retire.

"I'm proud of that work, and if people don't like it, the more it comes into effect the more they will understand that it's good," he said of the health care reform.

Top issues he has had a hand shaping include child welfare, cybersecurity and foreign trade. He chairs the Senate Committee on Commerce, Science, and Transportation, and previously served at the helms of Intelligence and Veterans' Affairs. He co-sponsored legislation creating the states-level Children's Health Insurance Program, and helped persuade the U.S. Veterans Affairs Department to revisit disability claims arising from what has become known as "Gulf War Illness."

The great-grandson of famed industrialist John D. Rockefeller first arrived in West Virginia as a volunteer with a national community service program in 1964. Within two years, he had won election to the state legislature, and then as secretary of state in 1968. After a failed run for governor in 1972 and four years as president of West Virginia Wesleyan College, Rockefeller won his first term as governor in 1976.

Toward the end of his second term, he narrowly captured the U.S. Senate seat of a retiring Jennings Randolph in 1984. He won by comfortable margins in each of his five terms.

Rockefeller hails from a family of many achievers: In addition to the successes of his oil billionaire great-grandfather, two uncles, Nelson Rockefeller and Winthrop Rockefeller, served as governors of New York and Arkansas, respectively. Rockefeller's father, John D. Rockefeller III, was a well-known philanthropist and founded the Asia Society, while his uncle David Rockefeller ran Chase Manhattan Bank. 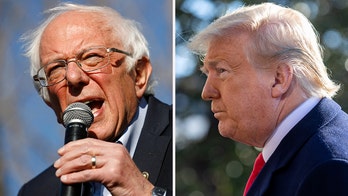