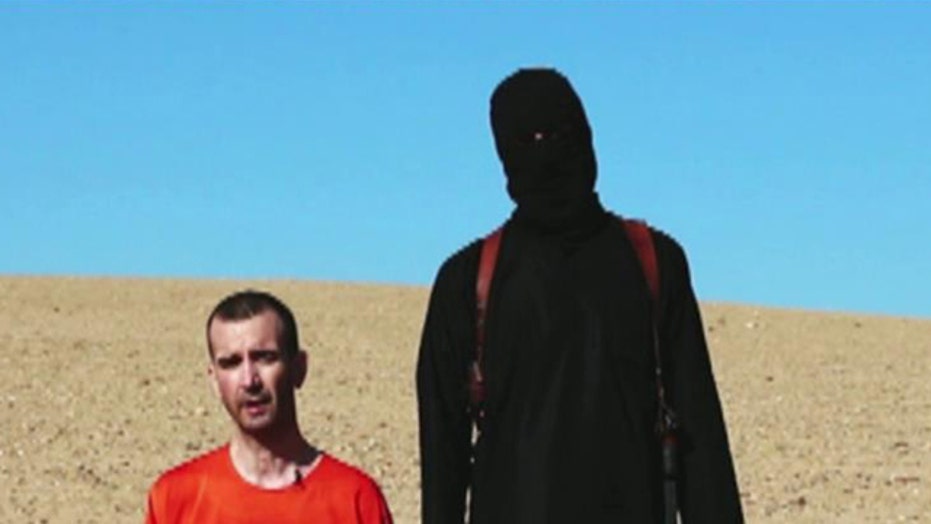 Top U.S. homeland security officials said Wednesday that the Islamic State is an imminent terror concern for this country, but they remain intently focused on an array of  deadly threats, especially Americans becoming indoctrinated on the Internet and executing a “limited, self-directed attack.”

“It’s no longer necessary to actually meet someone from Al Qaeda,” FBI Director James Comey said on Capitol Hill. “Someone can actually do it in their pajamas in their basement.”

Comey said he expects that such Internet activity will “dominate” his tenure at the agency.

He made his remarks during a House Committee on Homeland Security hearing on global threats to America and the government’s response.

Officials pointed out that Dzhokhar and Tamerlan Tsarnaev, accused of being the Boston Marathon bombers, and Fort Hood shooter Army Maj. Nidal Malik Hasan were at least in part radicalized on the Internet.

However, each also said the U.S. intelligence community has no knowledge of a specific or immediate Islamic State terror plot on American soil.

Still, Comey suggested one is on the horizon, considering the emerging competition between Al Qaeda and Islamic State, also known as ISIS or ISIL.

“You’re not going to be a global jihad leader unless you strike America,” he said.

Officials acknowledge the immediate threat by Islamic State -- particularly the scenario in which Americans travel to the Middle East for training, then return to carry out a terror attack.

But they made clear that stopping such movement is a huge challenge.

Johnson said his agency and others are “focused on who is coming and going.”

The officials testified their preference is to arrest U.S. terror suspects before they leave for Middle East training, but that such a method is challenging.

“This country is big and is free,” Comey said. “It’s a big challenge for the United States.”

Beyond the top concern of terror groups using the Internet to recruit and radicalize Americans, officials said they also are focused on cyberattacks, including hacking government and private-sector computers.