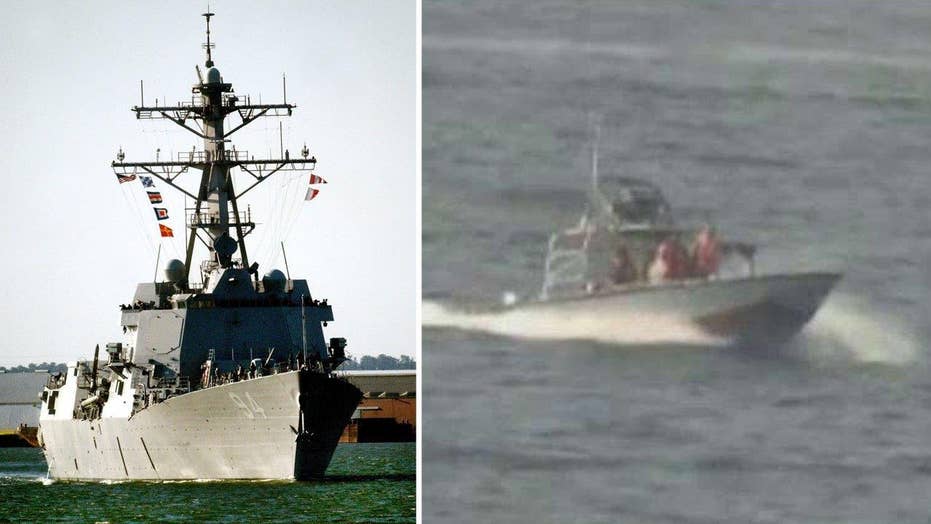 Provocative interactions nearly doubled in first half of 2016; Amb. John Bolton weighs in on 'America's Newsroom'

The top U.S. commander in the Middle East told reporters Tuesday that Iran’s behavior has not changed significantly since the signing of the international nuclear accord – and that, to the contrary, Tehran’s increasing harassment of U.S. vessels in the Persian Gulf is unlike what they’re seeing from any other country.

“No one else does what they do” in the Persian Gulf, said Gen. Joseph Votel, commander of U.S. Central Command. “They don't go out and they don't drive fast boats towards military vessels out there in the same way that they do. Nobody else does that.”

Votel was responding to the rising number of provocative interactions between Iranian vessels and the U.S. Navy in the Persian Gulf. Fox News reported Monday that that number nearly doubled in the first half of 2016 compared with the same time period a year ago.

Votel said it’s a sign the regime in Tehran is “trying to exert their influence and authority in the region.” He described the incidents as “unsafe” and “unprofessional” and not even helpful toward their long-term objectives.

And he reiterated concerns that Tehran’s behavior has changed little since the historic signing of the nuclear deal committing the country to curb its nuclear program in exchange for easing sanctions and other benefits.

“We haven't seen a significant change in their behavior, just as we've kind of been talking about here, with the agreement,” Votel said. “To me …that remains a concern.”

Further, since July, there have been 11 dangerous confrontations, according to the data, in a sign of increasing Iranian aggression in the Persian Gulf and Strait of Hormuz. There were four such encounters with Iran last week alone, including one that required warning shots from a U.S. Navy ship.

This comes despite the highly touted nuclear accord, as well as a recent $1.7 billion U.S. payment to Tehran in January.

“I know that a Middle East that is on fire is going to be more manageable with this deal and opens more potential for us to be able to try to deal with those fires,” Kerry said in July 2015.

Votel told Fox News in Baghdad last month that he was concerned Iran’s behavior was not changing much.

On Sunday, Iran also announced via its state TV that it had deployed the Russian S-300 missile system around its nuclear facility in Fordow, a previous uranium enrichment site. According to the nuclear agreement, Fordow is no longer permitted to enrich uranium, but can only be used for civilian research.