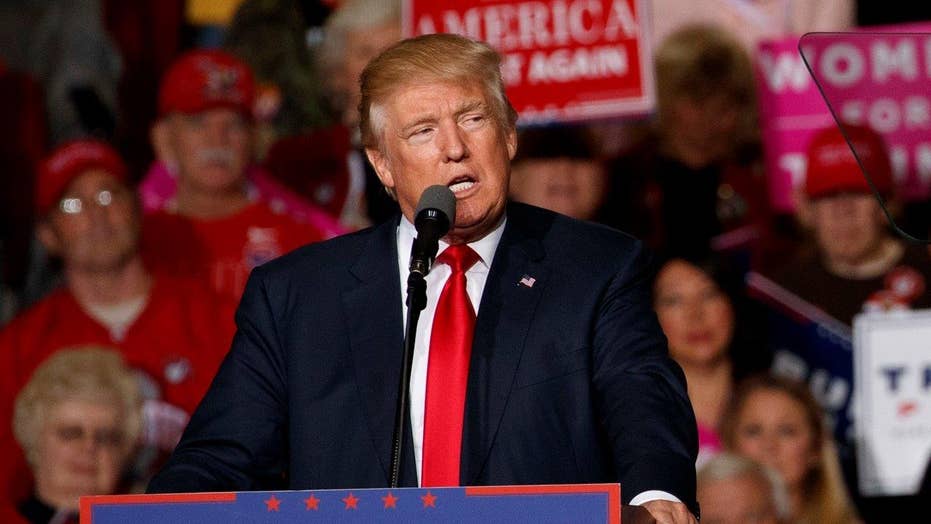 Trump continues to cast doubt on polls, the election process

The GOP nominee is targeting a handful of states with big electoral vote counts; Carl Cameron reports for 'Special Report'

Republican candidate Donald Trump joked with supporters in Ohio Thursday that next month's election should be canceled and he should automatically be made president.

"Just thinking to myself right now, we should cancel the election and just give it to Trump," the real estate mogul said in Toledo, where he held one of a series of rallies in the battleground state.

The GOP nominee had been talking about Democrat Hillary Clinton's tax policies, saying that they "are so bad. What a difference."

There was no immediate reaction to Trump's remark from the Clinton campaign, which has accused the GOP nominee of trying to depress voter turnout.

At the Toledo rally, Trump repeated his criticism that Clinton was too tough on Russian President Vladimir Putin.

"No wonder Putin doesn’t like her, the way she talks about him," Trump said. "How can he get along with her?"