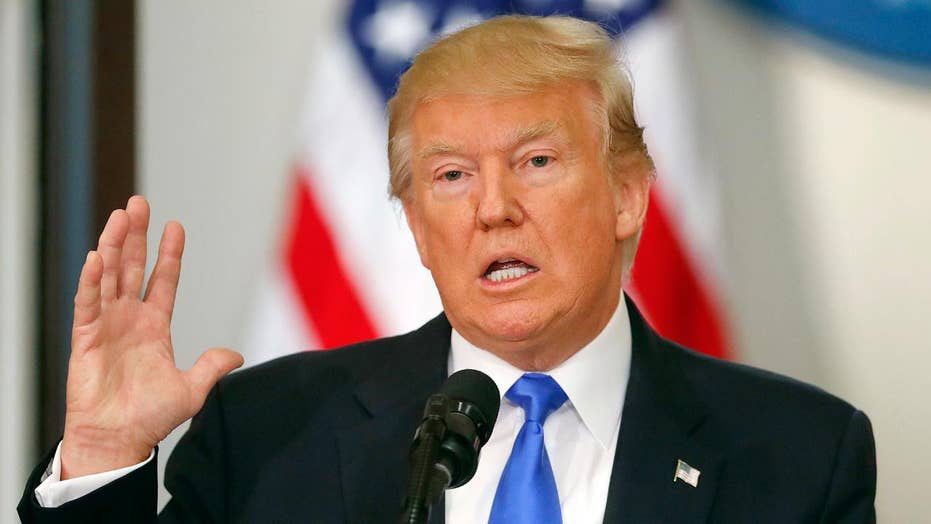 President Trump forged ahead Wednesday with his voter fraud commission, kicking off its first meeting and repeatedly declaring voter information “will be forthcoming” from the roughly 20 states that have yet to comply with the group’s request.

Trump in May announced the formation of the Presidential Advisory Commission on Election Integrity. The commission sparked controversy several weeks ago by asking states to provide voter information including names, voting history and party affiliation.

Nearly 20 states reportedly have yet to comply with the request.

“More than 30 states have already shared this information. And the others states, that information will be forthcoming,” Trump said. “So the full truth will be known and exposed if necessary in the light of day.”

The 12-member, bipartisan group will looking into such matters as voter suppression, registration, the voting processes, polices and rules during federal elections.

Trump suggested in his winning 2016 White House campaign the possibility of voter fraud, particularly in large Democratic strongholds like Philadelphia.

The commission is being led by Vice President Pence, who at the White House meeting called the right to vote “the crown jewel of American liberty.”

“By establishing this commission, President Trump is taking action to ensure that the ballot box remains inviolate and that the crown jewel shines brighter than ever before,” he also said.

The commission’s vice chairman, Kansas Secretary of State Kris Kobach, said Wednesday before the meeting that calls from congressional Democrats for his resignation are “baffling."

He sent the letters several weeks ago asking state officials for the extensive voter information, prompting the pushback from state capitals as well as Democrats on Capitol Hill. Several Democrats recently penned a letter to Pence asking him to seek Kobach's resignation.

“I think they want me removed because I’ve been fighting voter fraud in my state of Kansas for over six years now. And I’ve been very specific about what we need to do and what other states have been doing,” he told Fox News’ “Fox & Friends.” 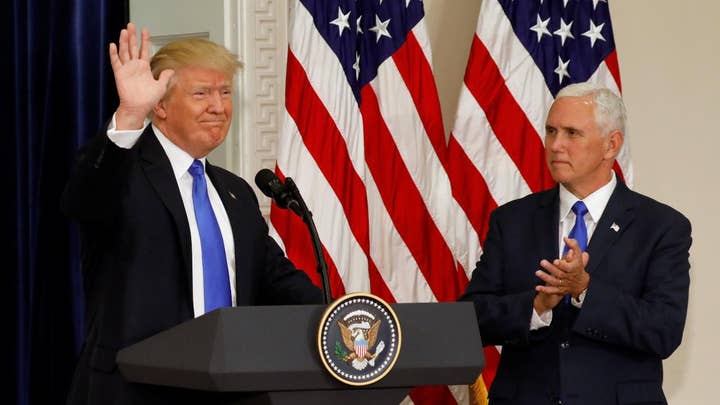 Trump during the meeting also struck an ominous tone about the states that have so far withheld the voter information arguing the request was too broad.

“Any form of illegal or fraudulent voting … and any form of voter suppression or intimidation must be stopped,” he said.

“If any state doesn’t want to share this information, one has to wonder what they are worried about?” he said. “And I ask the vice president and I ask the commission, ‘What are they worried about?’ There’s something. There always is.”