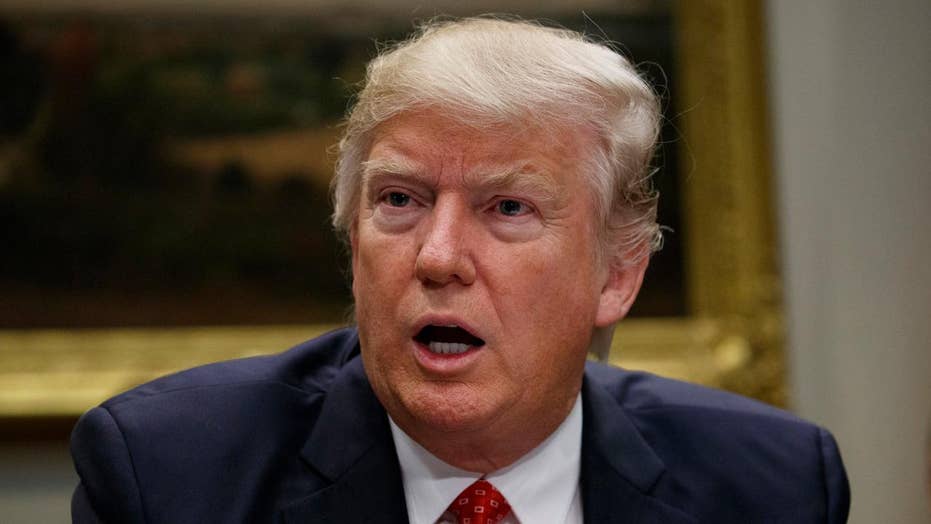 Can Trump keep the ban as constitutional case goes forward?

A career attorney for the Justice Department will argue that there is no fight over the president's power to address national security; John Roberts has the roundup for 'Special Report'

President Trump delivered a pointed warning Wednesday to judges considering his immigration and refugee restrictions, saying the U.S. will never “have the security and safety to which we are entitled” if they are not reinstated.

In a morning tweet, he wrote: “If the U.S. does not win this case as it so obviously should, we can never have the security and safety to which we are entitled. Politics!”

Trump tweeted the warning on the heels of a late-Tuesday hearing before the San Francisco-based 9th Circuit Court of Appeals, where the Justice Department sought to persuade judges to restore Trump’s controversial executive order pausing refugee admissions and immigration from Iran, Iraq, Libya, Somalia, Sudan, Syria and Yemen.

A Seattle District Court judge halted the order last week, and lawyers for the Justice Department contended Tuesday that the president alone has the power to decide who can enter the United States.

Trump controversially weighed in on that decision multiple times on Twitter, calling Judge James Robart a "so-called judge" and accusing him of opening up the U.S. “to potential terrorists and others that do not have our best interests at heart.”

Supporters of the order have said it will help keep America safe from terrorists looking to infiltrate the United States from terror hotspots that often have inadequate vetting procedures. Opponents have argued it is unconstitutional and discriminatory – claiming it is a “Muslim ban.”

No matter how the appeals court rules, the case ultimately could end up in front of the Supreme Court.