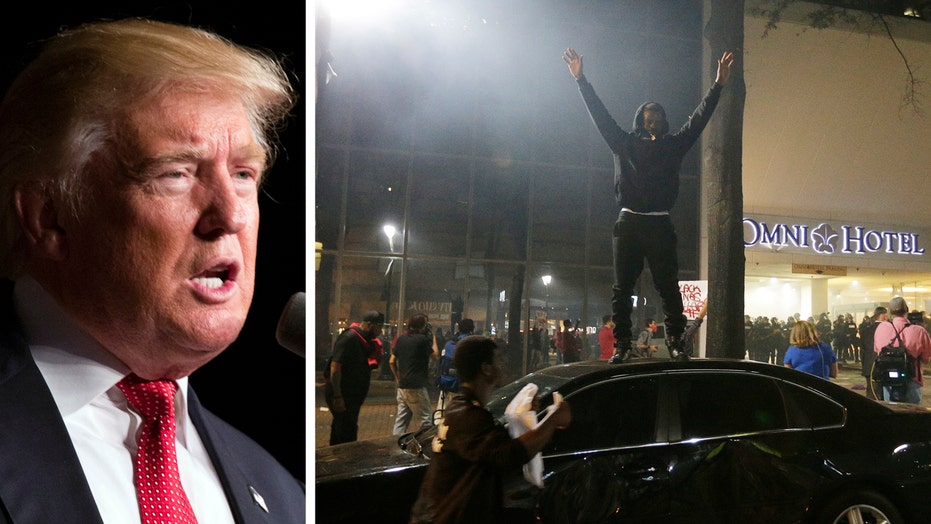 Trump: Our country is very divided and it's getting worse

GOP nominee weighs in on the Charlotte riots on 'Fox & Friends'

Republican presidential candidate Donald Trump on Thursday reiterated support for "stop and frisk" and called for racial unity as violence over a police shooting of a black man engulfed yet another U.S. city on Wednesday night.

“Have to have law and order, certain sense of unity,” Trump said. “There’s no unity. It’s sad to see.”

Trump, who’s been a stalwart supporter of law enforcement throughout his campaign, said during an event Wednesday that he was “very troubled” by a different incident where video captured a police officer shooting and killing an unarmed black man in Tulsa. He said on “Fox & Friends” that he sensed a racial divide between the minority communities he’s been making a concerted effort to court in the past few weeks and white communities.

“Seems to be a lack of spirit between the whites and the blacks,” Trump said.

During a “Hannity” town hall set to air later this week, Trump encouraged the use of the controversial stop-and-frisk practice in high-crime areas such as Chicago, which Trump said was “worse than some war zones.” Though stop-and-frisk was ruled unconstitutional in Trump’s home state of New York in 2013, he cited his belief that if you “take the gun away, you don’t have anything to shoot with.”

“I think you have to,” Trump said. “We did it in New York, it worked incredibly well and you have to be proactive and, you know, you really help people sort of change their mind automatically, you understand.”