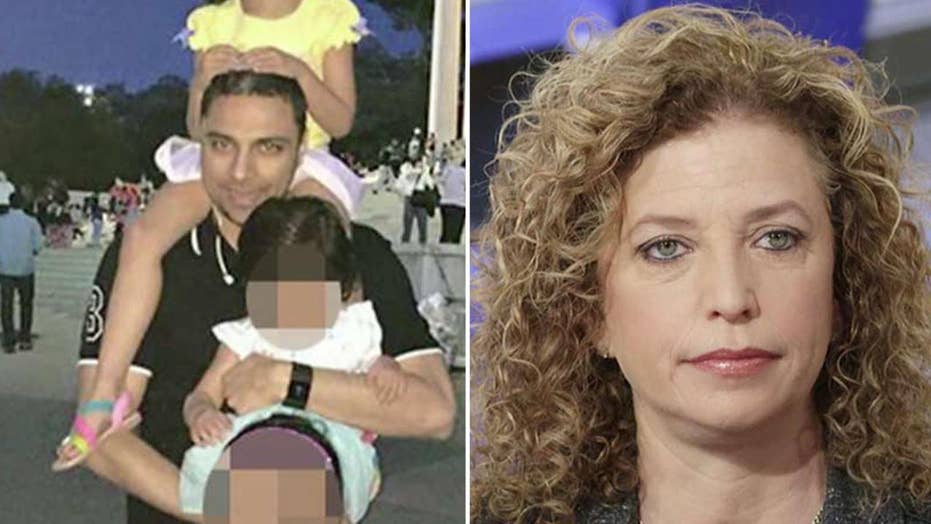 President Trump on Thursday urged the Justice Department not to let former Democratic IT aide Imran Awan “off the hook” amid indications that Awan could soon strike a plea deal with federal prosecutors.

“Our Justice Department must not let Awan & Debbie Wasserman Schultz off the hook,” Trump tweeted. “The Democrat I.T. scandal is a key to much of the corruption we see today. They want to make a ‘plea deal’ to hide what is on their Server. Where is Server? Really bad!”

Awan, who worked for Rep. Debbie Wasserman Schultz of Florida and other Democrats, has not been charged with any crimes related to his official duties in Congress.

But Philip G. Kiko, the chief administrative officer of the House, said in April that the House’s inspector general “discovered evidence of procurement fraud and irregularities” and “numerous violations of House security policies” by Awan and other IT employees connected to him.

The case against Awan has drawn the interest of the president and other Republicans, who have suggested Awan could have been involved in a cyber breach operation. Awan’s legal team has vigorously denied these allegations.

In court, Awan and his wife are facing allegations they engaged in a conspiracy to obtain home equity lines of credit from the Congressional Federal Credit Union by giving false information about two properties – and sending the proceeds to individuals in Pakistan.

Over 40 Democrats chose not to vet House IT aides. 'Daily Caller' investigative reporter, Luke Rosiak, on what he discovered.

AWAN POISED FOR PLEA DEAL, AFTER MONTHS OF MYSTERIOUS DELAYS

A court filing this week said a plea agreement hearing for Awan and his wife Hina Alvi has been set for July 3 before U.S. District Judge Tanya S. Chutkan in Washington.

The filing did not reveal any details about the terms of the apparent agreement. But in court documents last month, prosecutors hinted that a deal could be in the works.

“The parties are currently exploring a possible resolution of this matter,” prosecutors wrote. “Therefore, the parties are requesting additional time in which to explore that resolution.”

Awan’s attorney, Christopher J. Gowen, nevertheless kept the door open Wednesday to the possibility that a deal might not be finalized.

“A plea happens in court,” Gowen said in an email to Fox News. “A plea does not happen outside of court. We anticipate that by July 3rd we will either enter a plea or the case will be set for trial.”

A grand jury in August returned an indictment in the U.S. District Court for the District of Columbia charging Awan and Alvi with a total of four counts pertaining to that alleged scheme, which included federal bank fraud and conspiracy. Awan has pleaded not guilty to all charges.

Trump has tweeted about the case and referred to Awan as “the Pakistani mystery man.” Trump also mentioned Awan in a New York Times story last year, saying, “Whatever happened to this Pakistani guy who worked with the DNC?”

Awan and other IT aides for House Democrats originally had been on investigators’ radar for months over concerns of alleged equipment theft, access to sensitive computer systems and more, according to reports dating back to early 2017.

Awan was born in Pakistan, but came to the U.S. with his family when he was a teenager. He became a U.S. citizen more than a decade ago.

The broader case surrounding him also has put renewed scrutiny on Wasserman Schultz for keeping Awan on the payroll for months, even after a criminal investigation was revealed and he was barred from the House IT network.

Most lawmakers fired Awan in February 2017, but Wasserman Schultz kept him on until his arrest in July.