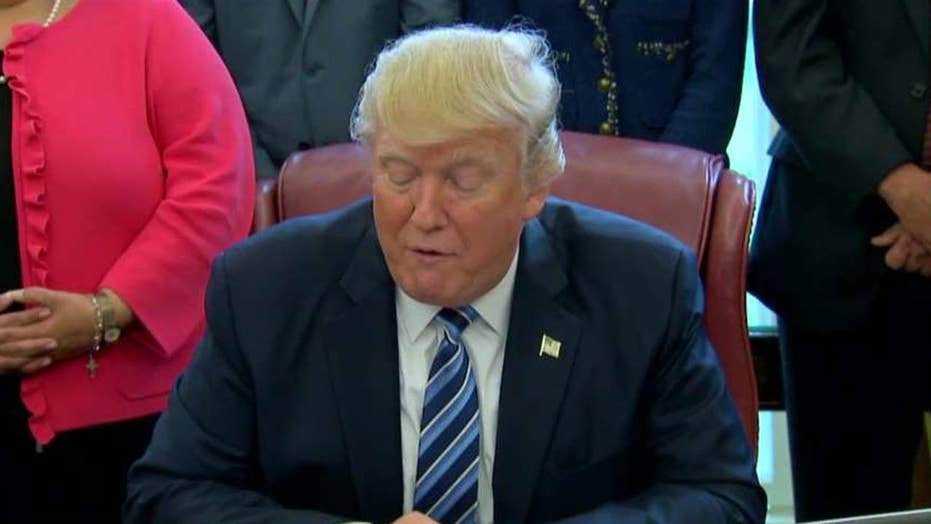 President Donald Trump has signed a memo ordering an expedited investigation into whether aluminum imports are jeopardizing U.S. national security.

Trump says aluminum is "critical" for national defense. He says the U.S. can't afford to become dependent on foreign imports in dangerous times.

High-purity aluminum is used for a number of defense purposes, including in military planes and in the armor-plating of military vehicles.

Commerce Secretary Wilbur Ross said Wednesday that there is only one American smelter still in operation that produces high-purity, aerospace-quality aluminum.

Trump says he assured the CEO of Century Aluminum that the administration will bring back jobs for workers the company recently had to lay off.