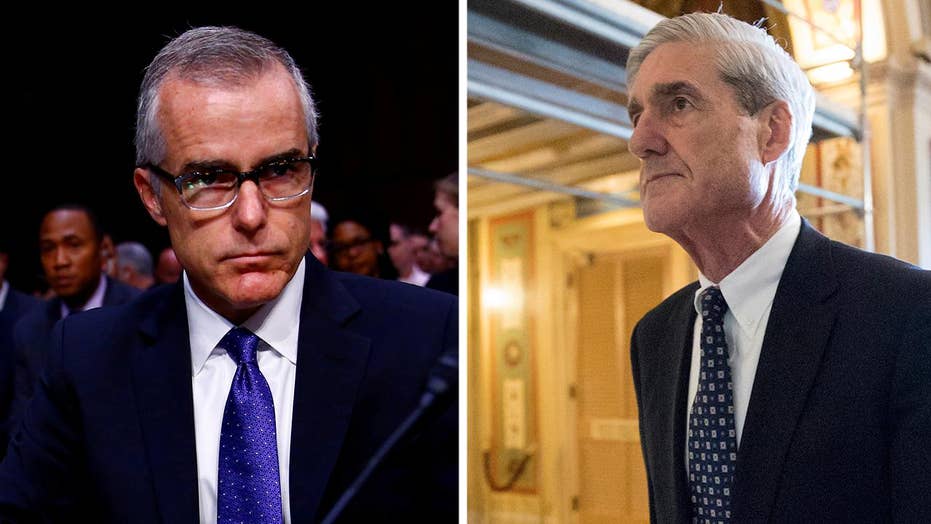 How will Mueller use McCabe's memos on Trump?

The firing was followed by reports that McCabe kept personal memos detailing interactions with the president. The memos reportedly have been provided to the office of the special counsel conducting the Russia investigation and are similar to the notes compiled by Comey.

“Spent very little time with Andrew McCabe, but he never took notes when he was with me,” Trump tweeted. “I don’t believe he made memos except to help his own agenda, probably at a later date. Same with lying James Comey. Can we call them Fake Memos?”

The memos could factor into Special Counsel Robert Mueller's investigation as his team examines Trump campaign ties to Russia and possible obstruction of justice.

McCabe's memos include details of his own interactions with the president, according to a person with direct knowledge of the situation who wasn't authorized to discuss the notes publicly and spoke on condition of anonymity.

Trump on Sunday also tweeted: Why does the Mueller team have 13 hardened Democrats, some big Crooked Hillary supporters, and Zero Republicans? Another Dem recently added...does anyone think this is fair? And yet, there is NO COLLUSION!”

McCabe’s memos also recount different conversations he had with Comey.

Trump on Saturday tweeted that McCabe's firing by Attorney General Jeff Sessions was "a great day for Democracy" and asserted without elaboration that McCabe knew "all about the lies and corruption going on at the highest levels off the FBI!"

In the past year, Trump has repeatedly condemned McCabe as emblematic of an FBI that he insists is biased against his administration.

Sessions said he acted on the recommendation of FBI disciplinary officials who said McCabe had not been candid with a watchdog office investigation.

An upcoming inspector general's report is expected to conclude that McCabe, who spent more than 20 years with the FBI, had authorized the release of information to the media and was not forthcoming with the watchdog office as it examined the bureau's handling of the Hillary Clinton email investigation.

McCabe has vigorously disputed the allegations and said his credibility had been attacked as "part of a larger effort not just to slander me personally" but also the FBI and law enforcement.