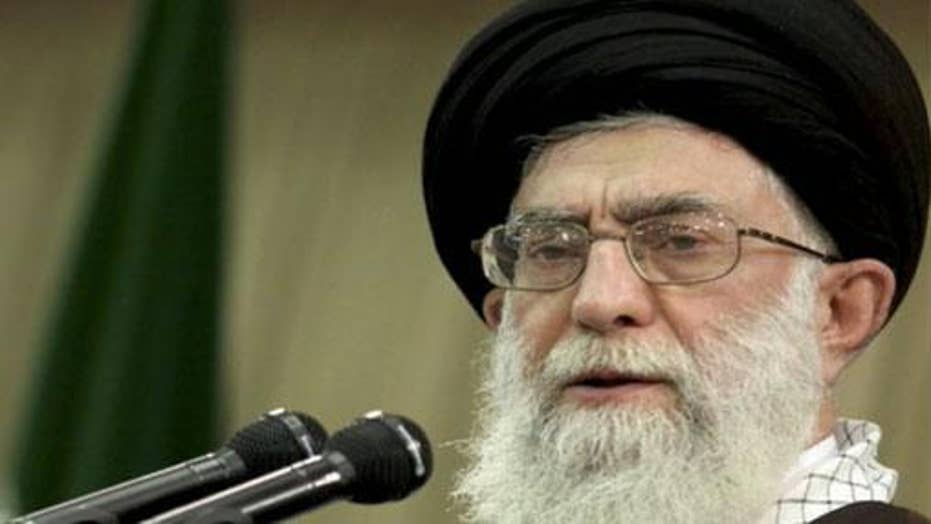 President Trump sent a scathing indictment of Iran's leadership on Friday when he told Iranian Supreme Leader Ayatollah Khamenei to stop killing his people and to make his country "great again."

"The noble people of Iran -- who love America -- deserve a government that's more interested in helping them achieve their dreams than killing them for demanding respect," Trump tweeted.

"Instead of leading Iran toward ruin, its leaders should abandon terror and Make Iran Great Again!" the president added.

His comments came after Khamenei accused the president of lying when he expressed solidarity with Iranian protesters.

"The villainous U.S. [government] repeatedly says that they are standing by the Iranian [people]. They lie," Khamenei tweeted earlier Friday.

"If you are standing by the Iranian [people], it is only to stab them in the heart with your venomous daggers. Of course, you have so far failed to do so, & you will certainly continue to fail," he added.

Khamenei used his rare appearance at weekly prayers on Friday to deliver a fiery address in which he insisted Iran would not bow to U.S. pressure after months of crushing sanctions and a series of recent crises, from the American killing of a top Iranian general to Iran’s accidental shootdown of a Ukrainian passenger plane.

"The so-called 'Supreme Leader' of Iran, who has not been so Supreme lately, had some nasty things to say about the United States and Europe," Trump said in another tweet on Friday. "Their economy is crashing, and their people are suffering. He should be very careful with his words!"

Khamenei said the mass funerals for Gen. Qassem Soleimani, who was killed in a U.S. airstrike earlier this month, show that the Iranian people support the Islamic Republic despite its recent trials. He said the “cowardly” hit on Soleimani had taken out the most effective commander in the battle against the Islamic State (ISIS) group.

Khamenei said the strike dealt a “blow to America’s image” as a superpower. In the part of his sermon, which he delivered in Arabic, he said the “real punishment” would be in forcing the U.S. to withdraw from the Middle East.