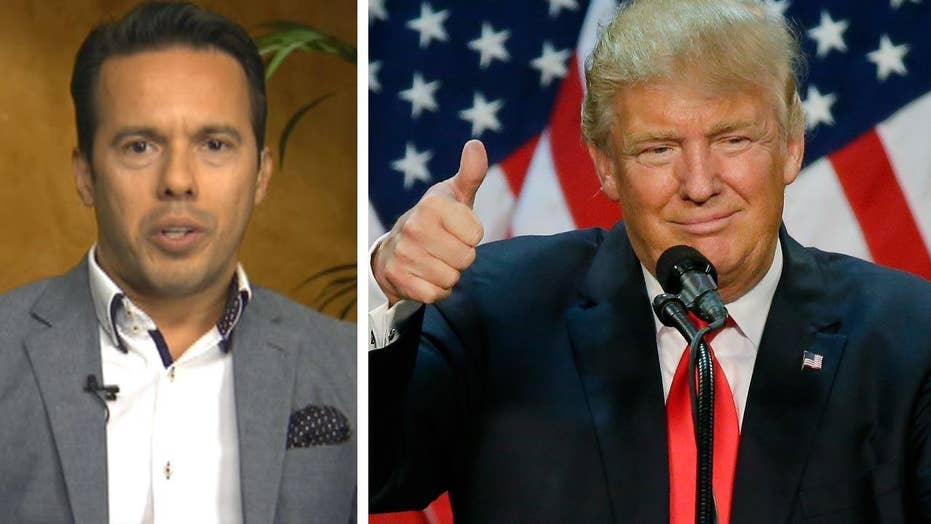 A new Fox News Latino poll finds that Trump is losing the Latino vote decisively to Hillary Clinton. What must he do to persuade wary Hispanic voters? The Rev. Samuel Rodriguez of the National Hispanic Leadership Conference goes 'On the Record'

The campaign manager for Donald Trump said the presumptive Republican presidential nominee didn’t raise the $6 million he said he did in January when he decided to host a fundraiser event and skip a Fox News debate.

Corey Lewandowski told The Washington Post Friday that the televised fundraiser for veterans only netted about $4.5 million. Lewandowski said the event fell short of the $6 million mark because some of Trump’s wealthy friends promised big donations, but backed out last minute.

“There were some individuals who he’d spoken to, who were going to write large checks, (who) for whatever reason ... didn’t do it,” Lewandowski told The Post by telephone. “I can’t tell you who.”

He also said that he wasn’t sure whether Trump’s own $1 million donation was counted toward the total.

The comments from Lewandowski are the first mention that Trump’s fundraiser netted less than he had touted. Lewandowski’s acknowledgement also comes over a month after The Wall Street Journal reported that most of the organizations targeted to receive the money have gotten less than half of that amount.

The Wall Street Journal, citing a survey of the 22 groups listed by Trump's campaign as prospective recipients for the money, reported in April that 19 organizations had obtained a total of $2.4 million from Trump's foundation or associates.

Of the three other charities, one declined to disclose how much it had received, another said it needed to submit more paperwork before receiving any money, and the third didn't respond to questions by the Journal.

Fox Business Network first reported in late February that only a fraction of the pledged donations had made their way to the veterans groups.

At the time, FBN reported, several groups said they had not received any money. And seven of the 22 told Fox Business Network they had received a total of $650,000. Other groups did not respond to inquiries at the time.

Trump held the Jan. 29 benefit in lieu of attending a GOP debate hosted by Fox News. The real estate mogul had declined to appear at the debate, claiming that he had not been treated fairly by the network.

Lewandowski told The Post that Trump has decided on about two dozen groups that will get the remainder of the money. He urged the paper that Trump shouldn’t be blamed for falling short of the goal, despite touting the number in the weeks after the event.

“What he said was, ‘We hope to get $6 million.’ He said this at an event where we were trying to get money. It was a best guess,” Lewandowski said. “That was his goal. His goal was to get somewhere around $6 million.”

The Post reported that seven of the nine groups that Trump said donated money to the fundraiser had given the money as promised. The money added up to $3.78 million. Small donors added to the total to bring the number up to $4.45 million.

Out of 22 veterans groups that received the donations supposedly from the Trump fundraiser all told the paper that Trump didn’t personally donate to any of the charities.

Lewandowski said Trump made good on his promise to personally donate to veteran charities, but declined to reveal who he gave the money to and how much he gave.