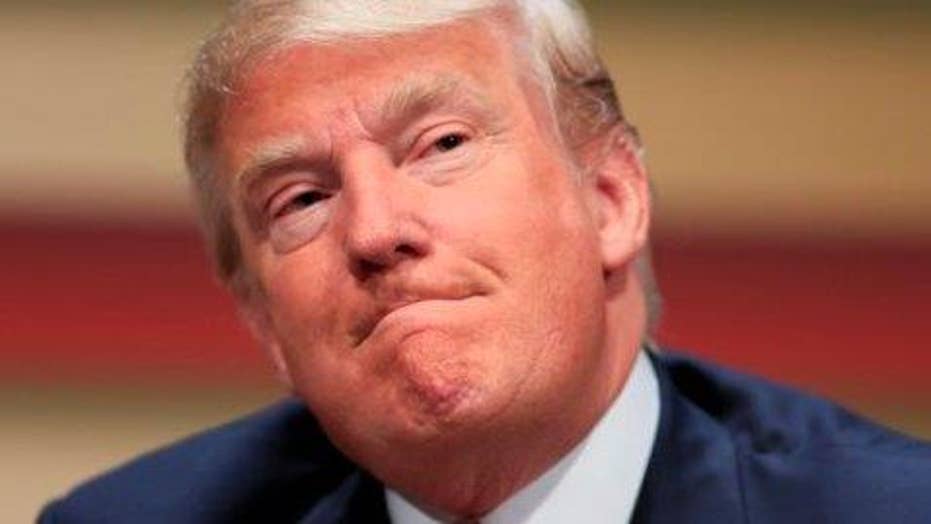 Donald Trump’s campaign manager was charged Tuesday with misdemeanor battery over allegations he grabbed the arm of then-Breitbart reporter Michelle Fields, as the aide maintained his innocence.

The incident occurred after a March 8 press conference at the Trump National Golf Club in Jupiter, Fla., where Corey Lewandowski was accused by Fields of grabbing her arm as she asked the Republican front-runner a question.

Lewandowski initially denied the incident had taken place, telling Fields over Twitter he had never even met her. Trump also backed Lewandowski, telling reporters a few days later that "everybody said nothing happened. Perhaps she made the story up, I think that’s what happened.”

However, the Jupiter Police Department obtained video from the ballroom that it says parallels Fields' version of events, and subsequently charged Lewandowski.

Trump vowed to stand by Lewandowski, telling reporters Tuesday afternoon on his plane in Janesville, Wis. he does not discard people.

"Corey's a fine person. I looked at the tapes, the tapes were supplied by me," Trump said.

Trump said in the tapes, Fields was seen running up and grabbing him after a news conference which he claimed she was "never supposed to do," and that Lewandowski intervened.

"I told him you should never settle this case, you should go all the way," he said.

He called the situation "very unfair" to Lewandowski, one of his closest advisers. He says he hopes the matter doesn't change Lewandowski's role on his campaign.

Trump and Fields also sparred anew on Twitter in the wake of the news.

In most states, battery is defined as intentional offensive or harmful touching of another person without their consent.

Fields resigned from her job at Breitbart shortly after the incident, claiming that the organization had not stood by her. Editor-at-large Ben Shapiro also stepped down over Breitbart’s handling of the alleged assault.