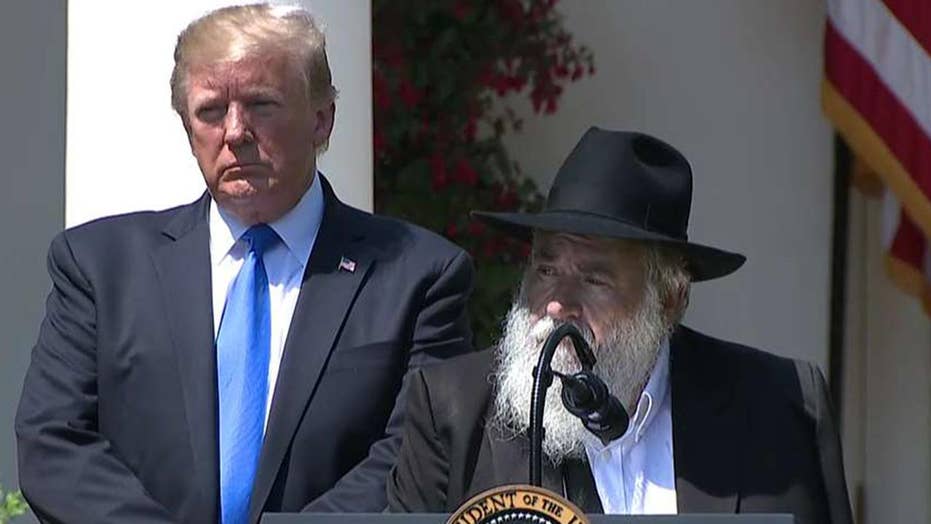 Rabbi Yisroel Goldstein thanks President Trump at the National Day of Prayer Service in the White House Rose Garden.

President Trump on Thursday called for religious unity and tolerance in the wake of a series of deadly attacks in recent months across the globe aimed at Christians and Jews.

Speaking less than a week after an attack on Jewish worshippers at the Chabad of Poway synagogue in California, Trump said violence and terrorism against people of all faiths must end, and that "all civilized nations must join together in this effort."

“We will fight with all our might and everything in our body to defeat anti-Semitism,” the president said during a speech in the Rose Garden to honor the National Day of Prayer.

Trump paid tribute to those killed and injured on the Easter Sunday attacks in Sri Lanka and the Muslims killed in a mass shooting in New Zealand earlier this year. He also cited the burning of three black churches in Louisiana and last year's shooting spree at a Pittsburgh synagogue. 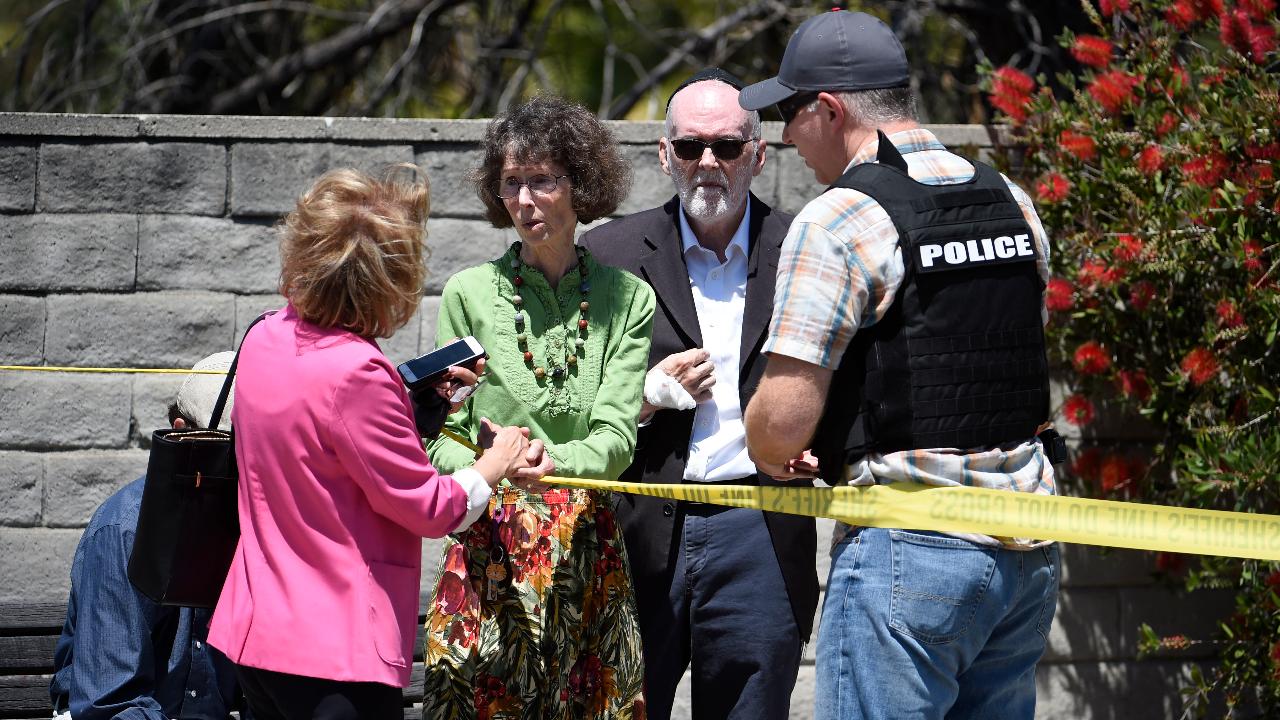 LEADERS STRUGGLE TO MAKE SENSE OF FATAL ATTACK ON SYNAGOGUE

The president invited a number of people to join him at the pulpit, including Rabbi Yisroel Goldstein, whose hands were wounded in the shooting inside his California synagogue and was saved when a 60-year-old woman jumped in front of him. The woman, Lori Gilbert-Kaye, died later from the wounds she sustained in the attack.

“I faced evil and the worst darkness of all time right in our own house of worship,” Goldstein said on Thursday. “But the way we react against darkness is with light.” 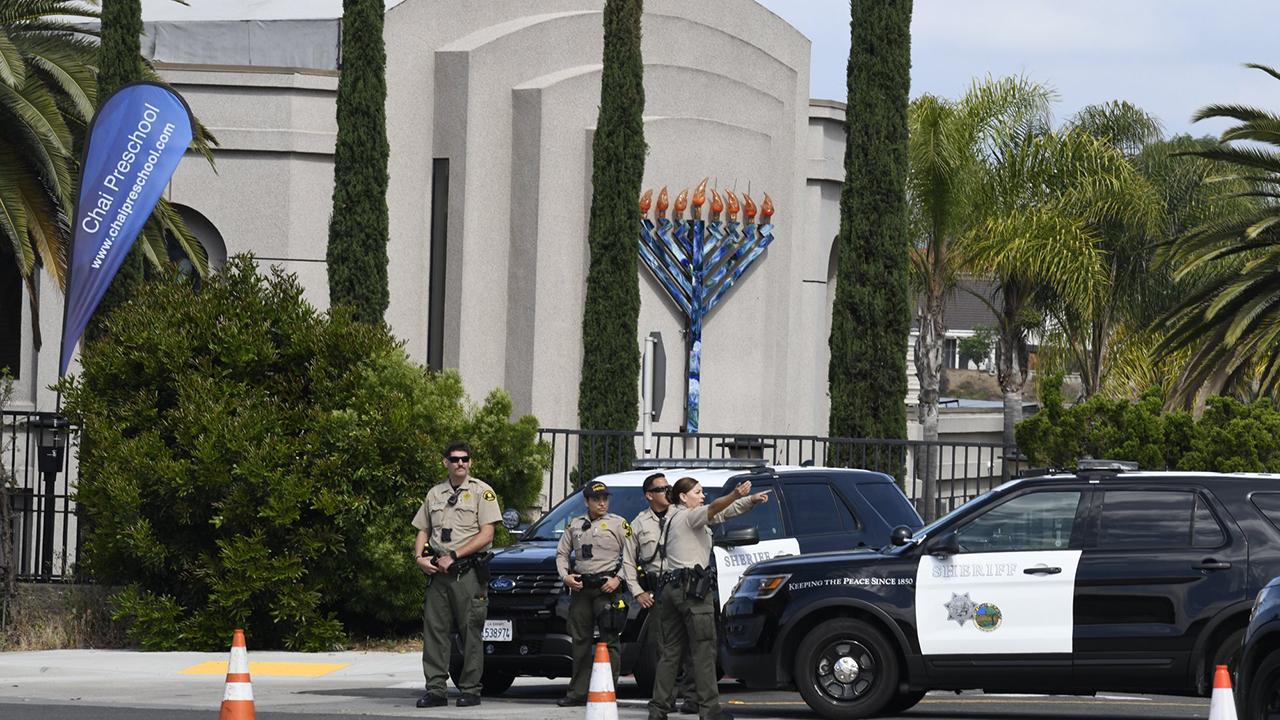 Goldstein called Trump a mensch – a Yiddish word for a person of integrity – and said that his healing process began after the president reached out to him following the shooting.

“You were the first person that began my healing process and I’m so grateful for that,” the rabbi said.

In his remarks, the president vowed to defend religious freedom and to expand the use of faith-based organizations when it comes to issues like adoption, inmate rehabilitation and addiction recovery. 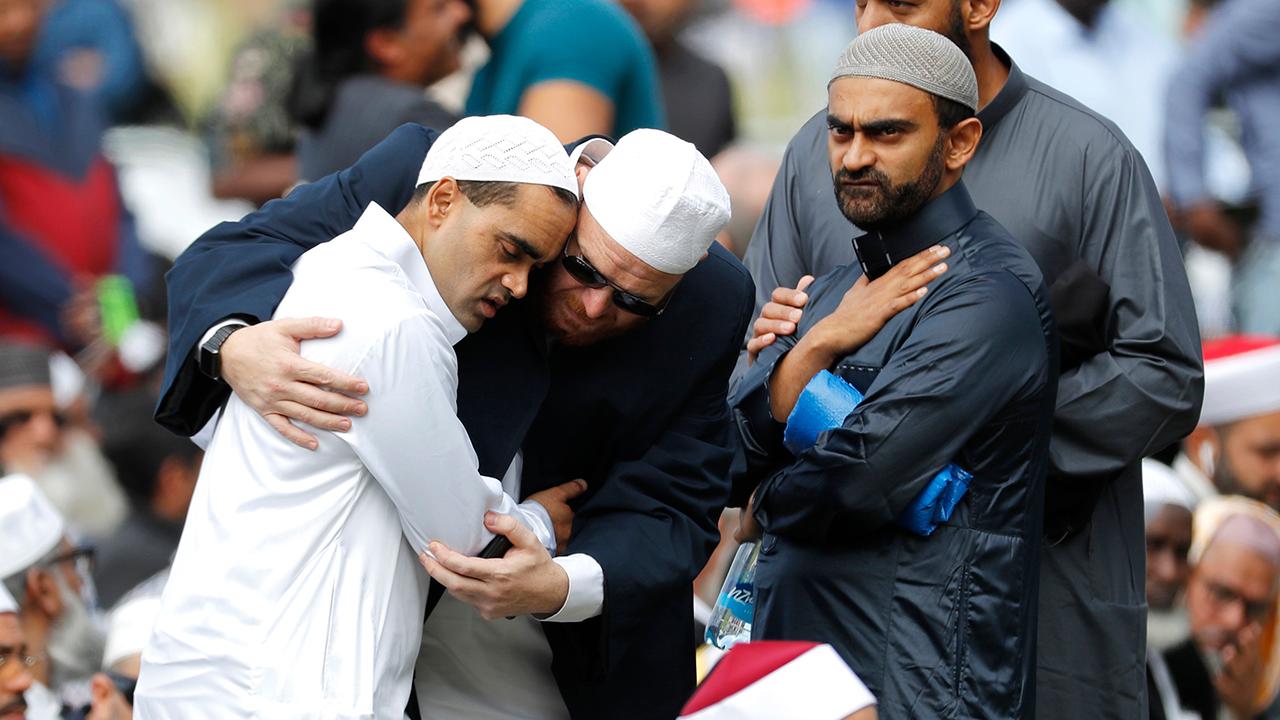 Trump’s comments come a day after Israeli researchers released a report that found violent attacks against Jews spiked significantly last year -- with the largest reported number of Jews killed in anti-Semitic acts in decades -- leading to an "increasing sense of emergency" among Jewish communities worldwide.

According to Tel Aviv University researchers, assaults targeting Jews rose 13 percent in 2018. They recorded nearly 400 cases worldwide, with more than a quarter of the major violent cases taking place in the United States.