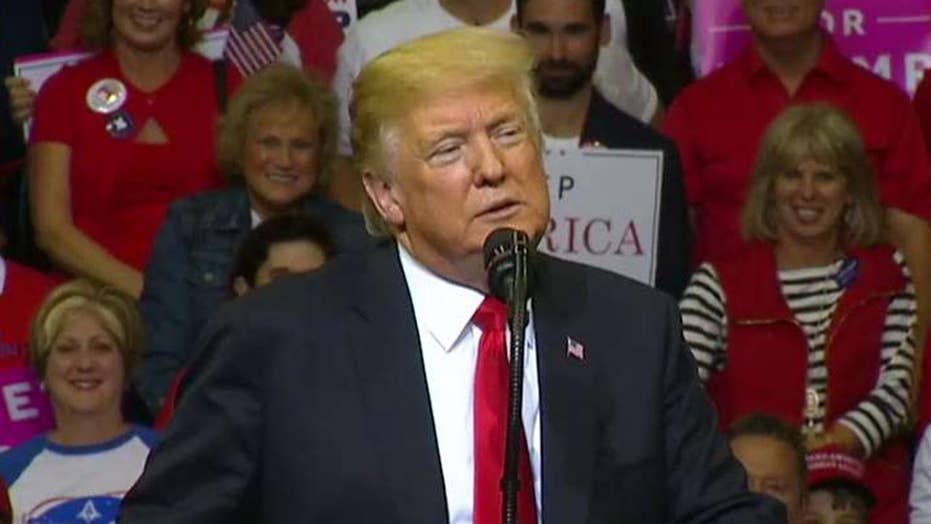 President Trump on Monday night voiced his support for Sen. Ted Cruz in his re-election, calling the Texas Republican "a really good friend of mine."

Speaking at a "Make America Great Again" rally at the Toyota Center in Houston, Texas, the president said while the pair's relationship has previously been rocky — "in the beginning it was a love fest" — he encouraged rallygoers to vote for the senator.

"Nobody has helped me more with your tax cuts, with your regulation, with all of the things that we're doing ... than Senator Ted Cruz," Trump said.

Monday's rally was one of a series the president has participated in recently as he aims to keep GOP control of the Senate and the House. Cruz is running against Democratic Rep. Beto O'Rourke.

Before introducing Trump — who frequently referred to the senator as "Lyin' Ted" during the 2016 campaign — Cruz made it clear the two no longer have bad blood and predicted that "in 2020 Donald Trump will be overwhelming re-elected."

Trump, meanwhile, called O'Rourke a "stone cold phony" who "pretends to be a moderate, but he's actually a radical open-borders left-winger."

"The Democrats," Trump said, "have launched an assault on the sovereignty of our country."

Trump told the crowd, which Houston Police Chief Art Acevedo said consisted of 18,000 to 19,000 people, with another 3,000 watching outside, that his administration is "putting America first, it hasn't happened in a lot of decades."

The president labeled himself a “nationalist” because he cares about the U.S. and less about the world overall.

“A globalist is a person that wants the globe to do well, frankly, not caring about our country so much,” Trump said. “We can’t have that. You know, they have a word — it sort of became old-fashioned — it’s called a nationalist. 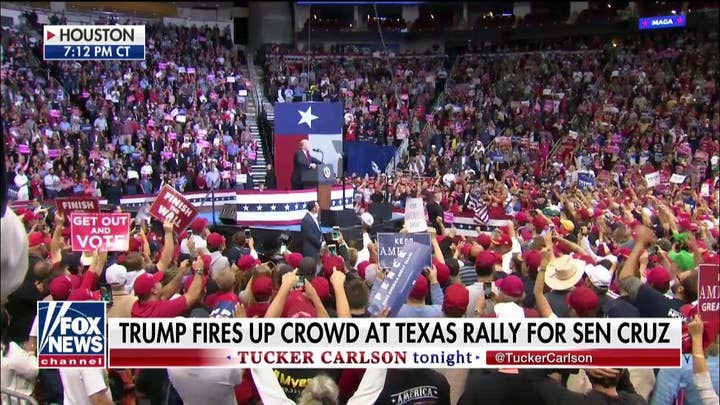 Trump often railed against the Democrats during the rally, which lasted around two hours.

A so-called “blue wave” of potential Democrat victories, he said, “is being dissipated a little bit.”

Trump reiterated what he's tweeted in recent days — that he believes the Democrats "had something to do with" the migrant caravan recently traveling to the U.S. from Mexico. Without evidence, he said Democrats were "encouraging millions of illegal aliens to break out laws, violate our borders and overwhelm our nation."