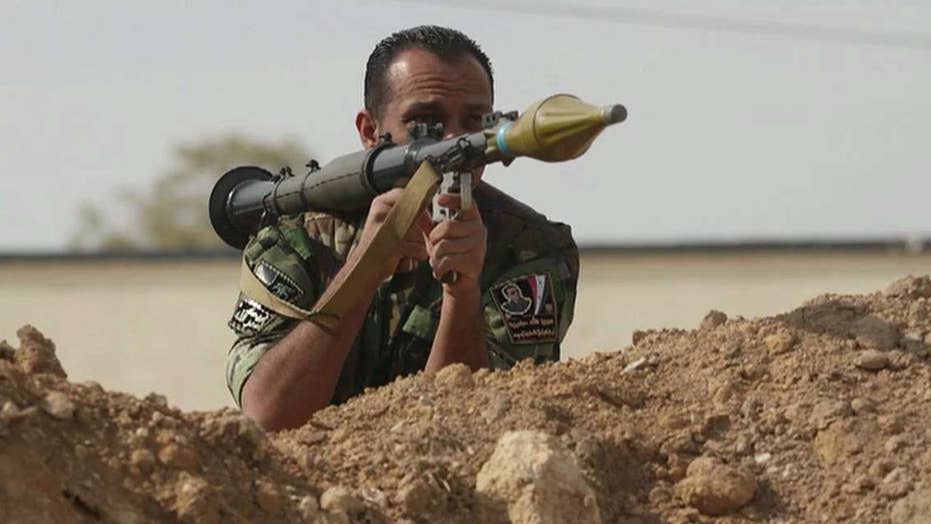 The Trump administration announced Friday that it was slapping fresh sanctions on Hezbollah-linked individuals and businesses in Africa and the  Middle East -- a move to limit not only the operations of the terrorist group, but also Iran’s influence in the region.

The Treasury announced that it is targeting a network of companies and individuals in Lebanon, Sierra Leone, Ghana, Liberia and other countries linked to Hezbollah financier Adham Tabaja.

The sanctions freeze assets in the U.S. and prevent Americans from doing business with any of the six individuals and seven companies. The U.S. has designated Hezbollah a terrorist organization that also plays a major political role in Lebanon.

Senior officials told the Associated Press that it is the “first wave” of a campaign to put pressure on the Iranian-linked organization. In a statement, Treasury Secretary Steven Mnuchin described the group as “responsible for the deaths of hundreds of Americans.”

Experts say that there is a sense that the administration is attempting to re-invigorate global efforts to push back against Hezbollah, while walking a fine line so it does not destabilize Lebanon.

“There is a position by the adminstration that they want to do it so as not to destabilize Lebanon's economy and banking sector and do it in a way that targets global aspect of Hezbollah and in a way that minimizes Lebanon’s exposure,” Tony Badran, a research fellow at the Washington-based Foundation for Defense of Democracies and the author of “The Third Lebanon War” told Fox News.

The U.S. estimates Iran sends Hezbollah about $700 million a year and officials say that Hezbollah has become Iran’s main proxy in the Arabic-speaking world. The U.S. is particularly concerned about Hezbollah’s presence in Syria and Yemen. Badran warned against making an “artificial” distinction between Hezbollah and Iran, arguing that it is largely an extension of the Iranian Revolutionary Guard.

Most of the individuals targeted had not been publicly known to be financiers of Hezbollah, nor are they prominent names in Lebanon.