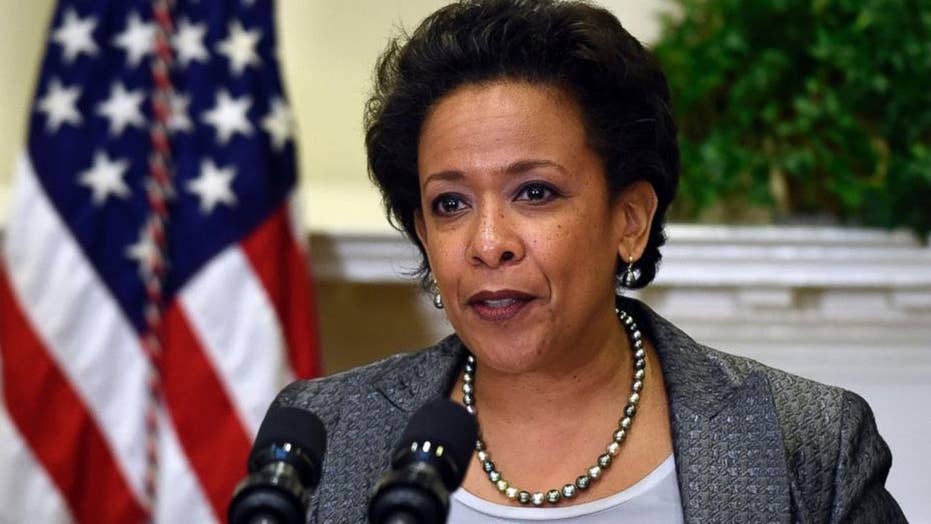 Why it may be time for Congress to investigate Loretta Lynch

Top Democrats join Republicans in calling for the former attorney general to testify; Marc Thiessen and Juan Williams react on 'The Story'

The president drew attention to Lynch ahead of a Senate hearing where his own AG, Jeff Sessions, is set to testify on the Russia investigation.

Trump's tweet appeared to draw on the related June 8 testimony of former FBI Director James Comey -- whom Trump controversially fired. Comey revealed to Congress that Lynch told him to call the investigation a "matter" when speaking to the press and said he was also troubled by Lynch's meeting on a Phoenix tarmac with former President Bill Clinton. Comey was so disturbed by the incidents, he held a press conference himself to discuss the case before presenting his findings to Lynch.

Trump's Twitter megaphone was the loudest strike in a growing drumbeat of officials calling for Congress to focus on Lynch. Sen. Lindsey Graham, R-S.C., said Sunday he wanted Lynch to testify. Rep. Peter King, R-N.Y., said he wanted to see any memos Comey may have written about Lynch.

Trump on Tuesday also knocked one of his favorite targets, the news media, for an “agenda of hate,” though he didn’t specify which story or stories had riled him up.

Trump wrote: “The Fake News Media has never been so wrong or so dirty. Purposely incorrect stories and phony sources to meet their agenda of hate. Sad!”

He added later: "Fake News is at an all time high. Where is their apology to me for all of the incorrect stories???"

And the day after an appeals court cited one of his tweets in the judges’ opinion to uphold the block of Trump’s travel ban, Trump took to Twitter to rail against the court’s decision at “such a dangerous time” for America.

Trump has frequently criticized the 9th Circuit, considered among the most liberal in the country. Monday’s decision by the court of appeals to uphold a lower court’s injunction on Trump’s controversial executive order temporarily banning immigration from several Muslim-majority countries again drew the president’s ire.

“Well, as predicted, the 9th Circuit did it again – Ruled against the TRAVEL BAN at such a dangerous time in the history of our country. S.C.” Trump tweeted.

The “S.C.” initials at the end of the tweet likely referred to the U.S. Supreme Court, where Trump has said he intends to continue waging his battle to implement the ban.