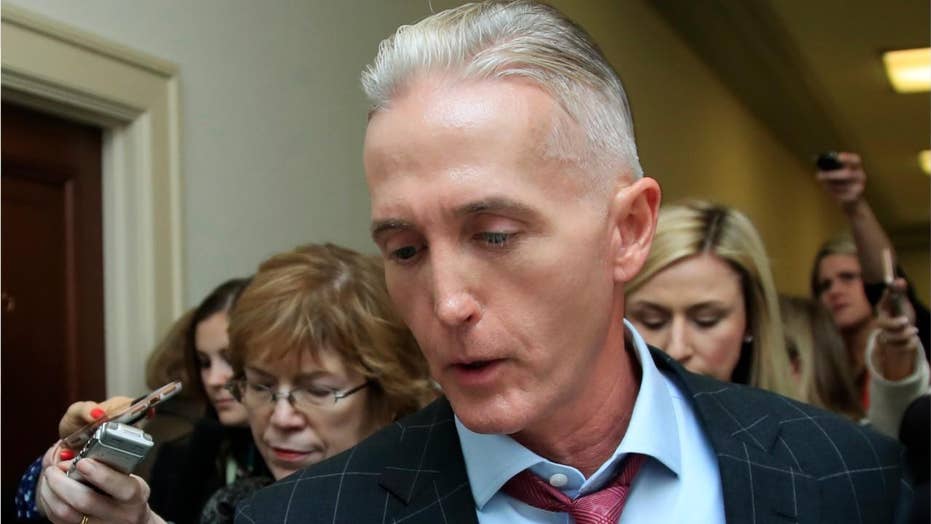 “I am pleased to announce that former Congressman Trey Gowdy is joining our team as counsel to the president. I have known Trey for years and worked with him when he served in Congress. His legal skills and his advocacy will serve the president well. Trey’s command of the law is well known and his service on Capitol Hill will be a great asset as a member of our team,” Trump attorney Jay Sekulow said in a statement Wednesday night.

Gowdy has been a Fox News contributor, but a company spokesperson said Gowdy has been terminated and is no longer serving in that capacity.

The White House wrote in an eight-page letter to Congress on Tuesday that it won’t participate in what it's calling an “illegal” investigation, writing that the inquiry “violates fundamental fairness and constitutionally mandated due process” and “lacks any legitimate constitutional foundation.”

The letter came to the same day the administration blocked U.S. European Union Ambassador Gordon Sondland from testifying on the Hill.

“The White House should be warned that continued efforts to hide the truth of the President’s abuse of power from the American people will be regarded as further evidence of obstruction,” House Speaker Nancy Pelosi, D-Calif., said in a statement responding to the letter. “Mr. President, you are not above the law. You will be held accountable.”