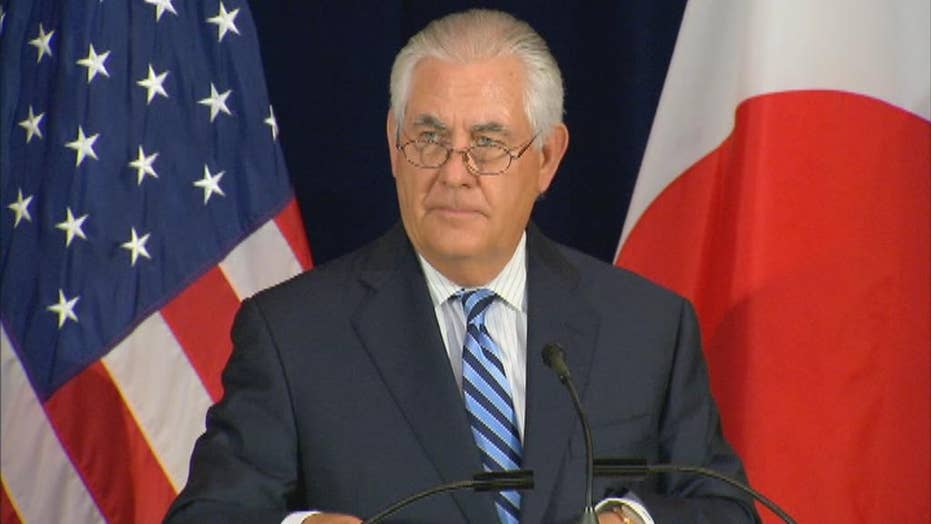 Tillerson: Terrorists should know the US, allies will find you and bring you to justice

Bannon unloaded in an interview published late Wednesday by The American Prospect. He hammered the importance of what he called the “economic war with China,” dubbing the tensions with Pyongyang a “sideshow” and rejecting the notion there’s a military solution.

Asked Thursday about those comments, Tillerson and Mattis pushed back.

“We have been quite clear as to what the policy and the posture toward North Korea is,” Tillerson said. “… We are prepared. We’re prepared militarily, we’re prepared with our allies to respond if that is necessary.”

While saying he did not want to comment specifically on Bannon’s interview, Tillerson said the threat from Pyongyang had “to be backed by a strong military consequence if North Korea chooses wrongly.”

He noted that a military option is not the preferred course and allies continue to work to bring pressure on North Korea through other means.

Mattis also said there would be strong military consequences for the North Korean regime, echoing past statements that an attack on Guam or any other U.S. land would mean war.

Tillerson and Mattis spoke after meeting with their Japanese counterparts at the State Department.

Earlier this week, Kim Jong Un seemed to back down on threats of an attack following days of escalating warnings between Pyongyang and Washington.

In his American Prospect interview, Bannon suggested the real conflict – an economic one – is with China.