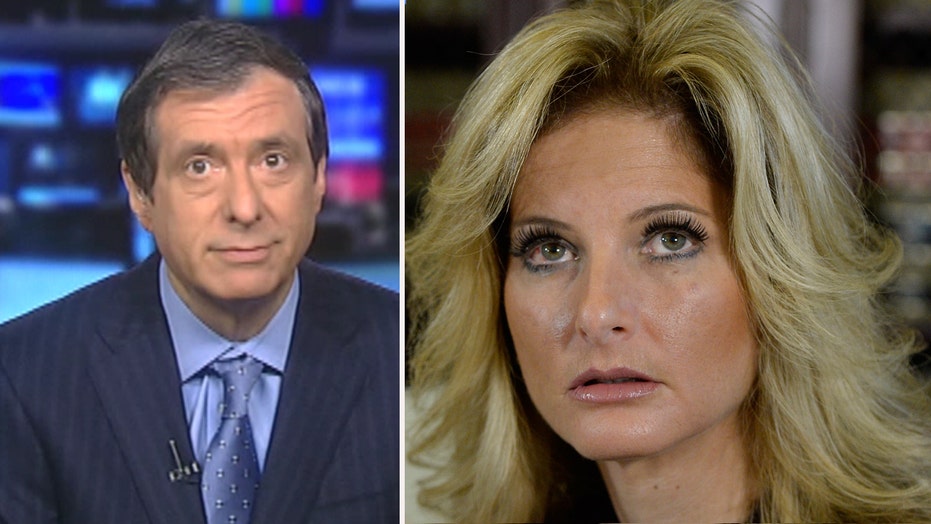 I’m getting whiplash. And I suspect much of the country is as well.

In the space of two hours on Friday, two more women surfaced to accuse Donald Trump of sexual misconduct. That, in turn, triggered more fierce denials, with Trump calling the women liars and the press their willing enablers.

“The media is now creating a theater of absurdity that threatens to tear our democratic process apart and poison the minds of the American public,” the campaign said.

Trump spokeswoman Katrina Pierson told me yesterday on "Media Buzz" that the media should not report these "unsubstantiated" allegations and are just trying to crucify Trump.

But these women are on the record, sometimes in front of cameras, as they allege what they say happened in decades past, and sometimes offer the names of others they confided in.

It’s fair to question whether this amounts to some kind of orchestrated October surprise, but there’s no evidence that the stories in the New York Times, Washington Post, People magazine and the Palm Beach Post are in any way connected—or in any way linked to the Clinton campaign. When Trump said in the debate, in the wake of that “Access Hollywood” tape, that he hadn’t actually groped any women, that this was just “locker room talk,” news outlets—some of which don’t particularly like Trump—may have redoubled their efforts to find some, and some of the women say those remarks prompted them to come forward.

But there is undeniably some overkill here. The women’s stories are running in a kind of endless loop on every media platform. Not only does this crowd out any coverage of Hillary Clinton, who is staying off the trail, and who is the subject of damaging Wikileaks disclosures that continued over the weekend. It obliterates any other campaign story, period. And a whole lot of other news.

Right now, these tales of sex, lies and videotape are the sound track of America. The media simply cannot resist the Trumptation.

But it is Trump who held a news conference before the St. Louis debate with Paula Jones, Kathleen Willey and Juanita Broaddrick, and brought Broaddrick to the debate. He can’t very well argue that his accusers are off limits while spotlighting Bill Clinton’s accusers (whose sexual relations with the former president are in some cases well documented).

And Trump is helping to keep the stories alive, because he denounces the women and the media at every rally.

He could say he’s done issuing denials and wants to get back to discussing the issues that matter to the American people. But he wants to knock down what he says are phony claims.

He could say that perhaps in the past he has done some things he regrets, and he has matured and would never repeat such behavior. But that’s not who he is.

Instead, in a couple of cases we got derogatory insinuations about the looks of his accusers, and a couple of witnesses who tried to challenge the allegations.

And we got this tweet over the weekend: “This election is being rigged by the media pushing false and unsubstantiated charges, and outright lies, in order to elect Crooked Hillary!”

The only precedent I can think of is the spate of women who accused Arnold Schwarzenegger of groping and misconduct in the weeks before the 2003 gubernatorial election in California. He said he “behaved badly” on film sets, did things that were “not right,” recognized that he offended people and said he was “deeply sorry.” Schwarzenegger easily won the election.

Trump has every right to push back. We have no way of knowing whether these women are telling the truth about incidents that occurred long ago.

And there's no question that media have been relentless in trumpeting this issue to the exclusion of all others.

The problem is that even if Trump is effective at combating these allegations and the news outlets that carry them, he is keeping the story alive day after day. And it’s hard to see how that is winning over voters beyond those who already fiercely support him and hate the press.