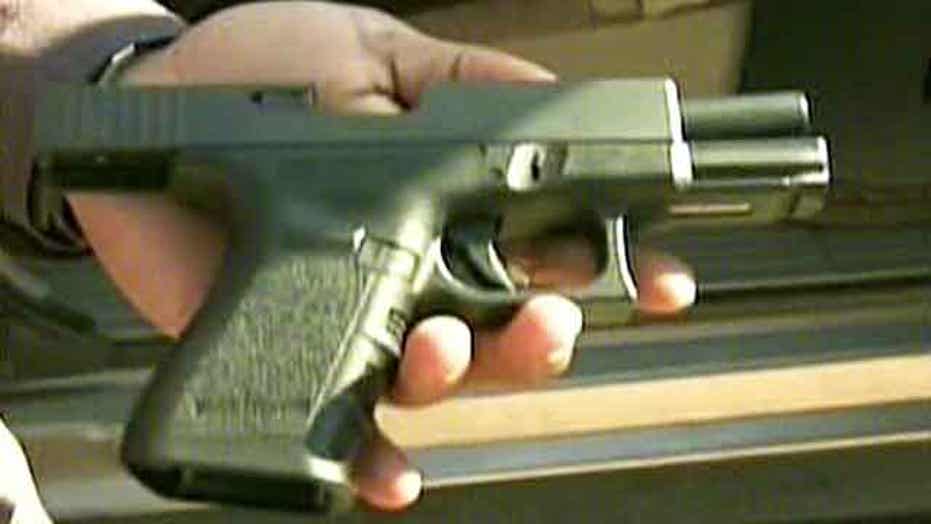 This is the first part in a Fox News series examining the controversy over gun violence and gun control.

"The best empirical research on the matter finds that, where gun ownership levels are highest, in fact, homicide rates are far lower," said University of Texas at Dallas criminologist Tomislav Kovandzic.

But some criminologists say lawmakers are missing the point. They say studies show guns stop more crime than they cause, and using mass shootings as an excuse to pursue gun legislation could do more harm than good.

"What Mother Jones did is look at a small subset of the number of mass public shootings that have taken place and that doesn't really bare on the prevalence or the usefulness of using a gun to defend yourself in violent attacks," Kovandzic said.

But Mother Jones senior editor Mark Follman said their analysis of 62 mass shootings suggests the idea of armed guards, teachers or even citizens to stop crimes in public is highly flawed.

"There is no evidence to support the argument that arming good guys is a good idea. We studied scores of these shootings and in the last 30 years, not a single shooting has been stopped by an armed citizen. Conversely, there's evidence it is a bad idea."

In 2005, a trained firearms instructor died trying to stop a shooter at a county courthouse in Tyler, Texas. That same year in Tacoma, Wash., a concealed-carry permit holder was shot while confronting an assailant in a shopping mall.

Other examples, however, show armed citizens and off-duty or former law enforcement can make a difference. In 2008 in Nevada, after shooting three people, a gunman was killed by a bar patron with a right-to-carry permit. In Colorado Springs in 2007, after shooting five people at New Life Church, a gunman was stopped by a former cop and church volunteer carrying her own weapon.

He said research consistently shows victims who resist with a gun are "far less likely" than other victims to lose their property in robberies and less likely to be injured.

A landmark study by Florida State University's Dr. Gary Kleck in 1994 found Americans used a gun defensively 2 million to 2.5 million times a year to protect themselves. A National Institute of Justice study put the figure at 1.5 million. An article in the Journal of Quantitative Criminology said guns were used defensively 989,000 times a year. In all, 13 previous surveys showed Americans self-reported using a gun defensively from 800,000 to more than 3 million times.

Attempting to reconcile the differences, criminologist Lawrence Southwick wrote in the St. Louis University Law review, "Somewhere around 0.8 to 2.0 million violent crimes are deterred each year because of gun ownership and use by civilians. In addition, another 1.5 [million] to 2.5 million crimes are stopped by armed civilians."

"The vast majority of people who do use guns to defend themselves never report them to the police because they weren't injured, they didn't lose their property," said Kovandzic.

Regardless of the exact numbers on defensive gun use, Follman said they do not support the idea armed citizens should get involved to stop public crimes.

"You won't find anyone in law enforcement who supports the idea of ordinary citizens whipping out guns in chaotic or confined situations and shooting. They say it makes their job more difficult, they have to come up on a scene and figure out who is the bad guy, who is shooting and the danger to bystanders is self evident."

While that may be true from a police perspective, Kovandzic said using anecdotes from mass shootings to rewrite American gun laws misses the role weapons play in the lives of law-abiding citizens in a nation with 300 million guns and criminals prepared to use them.

For example, while some lawmakers call for a ban on high-capacity magazines that feed 20 or 30 rounds into a weapon, most homicides are perpetrated by fewer than three bullets, suggesting the ban may not reduce violent crime.

Sen. Dianne Feinstein, D-Calif., proposes banning military-style assault weapons, though more than 5 million AK-47s and AR-15s are already in circulation, and the low-caliber rounds they fire are less deadly than those in many handguns.

Among state and federal prison inmates convicted of using a firearm, less than 2 percent used a military-style semiautomatic. The most popular crime guns, .38 revolvers and 9-mm. handguns, are not expected to be on lawmakers' list of banned weapons.