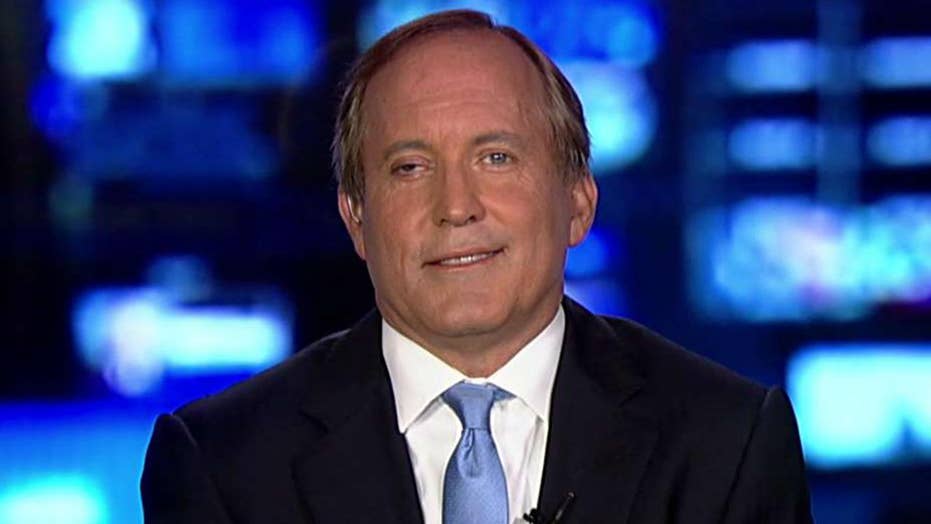 Congress needs to do something to address the loopholes in our immigration system and stop this, Texas Attorney General Ken Paxton says on 'America's Newsroom.'

Texas Attorney General Ken Paxton believes there are ways to solve the border crisis, but President Trump and his administration are being stonewalled by Congress.

Paxton told the "America's Newsroom" hosts on Monday that drug and human trafficking are a massive problem at the Texas border with Mexico, and that border security officials are "overwhelmed and overworked."

"The president has tried to address it over and over," Paxton said. "They didn't want to negotiate on border security. There has to be a compromise and you have to have a willing Democratic party there to compromise," he continued.

The first step towards controlling the situation is establishing a secure border, "whether it's with a wall or more border patrol agents or better technologies," Paxton said. Furthermore, the immigration system needs to be reformed so that the asylum process isn't being exploited, he added.

"They need to do something to address the loopholes in the immigration system and make sure that we have some way to stop this," he said, calling the circumstances "extremely frustrating."

'They've been coached and they've been talked to by immigration lawyers and told what to say," Paxton said.

"So they claim they're being persecuted and they have a right under our laws to being heard and having a court hearing. Most of those have been turned down but it still bogs down the system, and we have thousands and thousands of people waiting for their court hearing. We don't have the judges to do it," he continued.

Paxton commended the president for confronting the crisis with focus and energy, but criticized Congress for what he described as a failure to undertake any action.

"I appreciate the fact that he is doing, in my opinion, whatever he can to try to address this issue and he is running up against a brick wall of Congress who has been failing miserably at doing anything," Paxton said.