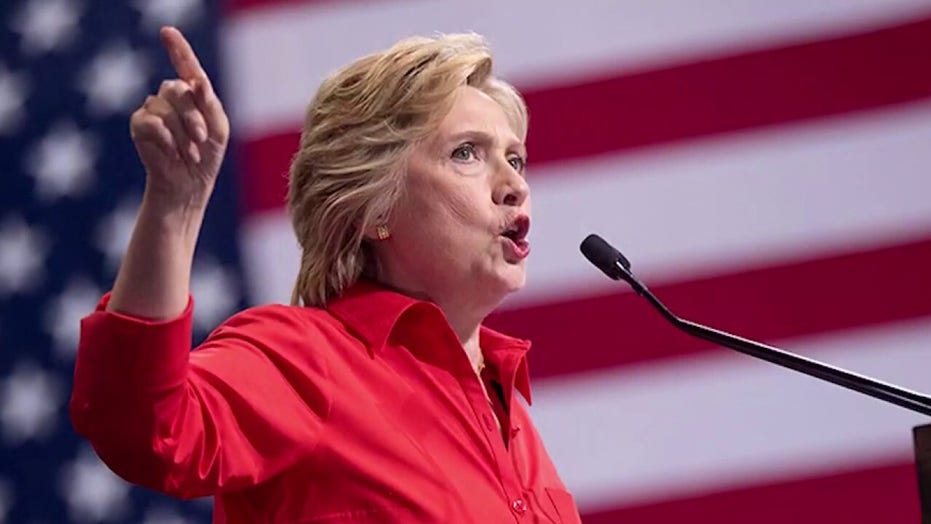 "I voted for Hillary Clinton in 2016. I voted for her in the primary. I'm a lifelong Democrat. But yet, what I see now is someone enabling a sexual predator and it was my former boss, Joe Biden, who raped me," Reade told Fox News. "Hillary Clinton has a history of enabling powerful men to cover up their sexual predatory behaviors and their inappropriate sexual misconduct. We don't need that for this country. We don't need that for our new generation coming up that wants institutional rape culture to change."

She added: "I will not be smeared, dismissed or ignored. I stand in truth and I will keep speaking out."

Clinton -- who was the Democratic nominee in the 2016 presidential election, later losing to now-President Trump -- joined Biden in a virtual women's town hall on Tuesday, where she officially threw her support behind the former vice president.

"Joe Biden has been preparing for this moment his entire life," Clinton said. "And for me, this is a moment that we need a leader, a president like Joe Biden."

The former Secretary of State teased her endorsement on social media before the campaign appearance.

"A little hint about who the surprise guest will be for @JoeBiden's 3pm ET town hall today: (She's excited.)," Clinton wrote, sharing an image of her with Biden and former President Barack Obama in the Oval Office.

The allegations against Biden were not addressed at the virtual women's town hall.

While the Biden campaign has strongly denied Reade's claims, Biden himself has not addressed the controversy despite the roughly dozen TV interviews he has done since his accuser came forward in March.

There have been major developments in recent days regarding Reade's allegations. On Friday, a "Larry King Live" clip from 1993 purportedly showing Reade's mother calling in to the show anonymously and alluding to her daughter's "problems" with a "prominent senator" was brought to light. On Monday, two more people -- a former neighbor and a former colleague of Reade's -- came forward to back her claims after conversations they had back in the '90s.

Reade is now calling on the University of Delaware to unseal documents it has from Biden's tenure as a senator, which she believes may include her formal sexual harassment complaint.

The Daily Caller first reported Reade's calls for the release of the documents.