High-level Justice Department discussions about a reported offer by Deputy Attorney General (DAG) Rod Rosenstein to secretly record President Trump took place over a “couple of days” before the idea was abandoned as “too risky,” according to testimony from the FBI's former top lawyer.

Fox News has confirmed portions of the transcript to the House Oversight and Judiciary Committees. The transcript provided additional insight into discussions that have returned to the spotlight in Washington as now-fired Acting FBI Director Andrew McCabe has revisited the matter during interviews promoting his forthcoming book. 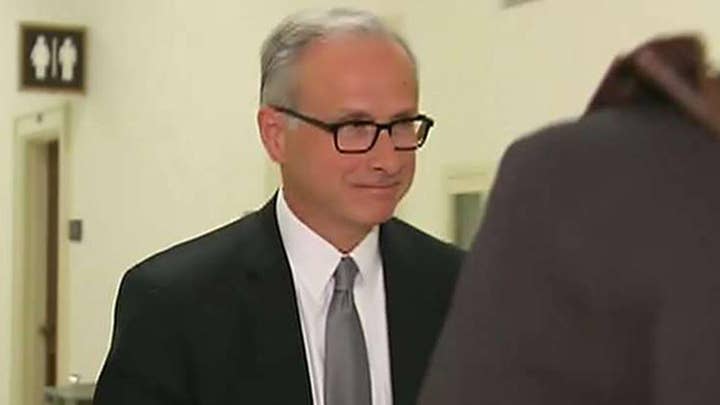 "I never did a legal analysis of this matter because after the conversation came up it was quickly dismissed,” Baker testified.

Pressed on who dismissed the reported wire proposal, Baker said: “A, I don’t know, but, B, my belief is that it was just not something that made any sense to do. It was too risky. It just would not pay the benefits. It wouldn’t obtain the information that they thought it would obtain, so it just was one of these things that didn’t make sense from a commonsense perspective, despite any legal analysis."

Pressed on how long the wire issue was discussed, Baker said, "...A couple of days or something, yes.”

Baker said he met contemporaneously with McCabe, and his bureau lawyer Lisa Page, about their conversations with Rosenstein. The reported offer to record the president was billed as an effort to gather evidence as part of an obstruction-of-justice case against the president for firing Comey. 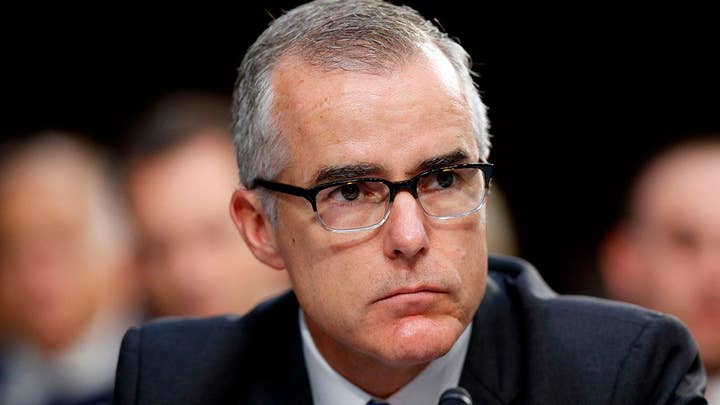 However, McCabe said of his former colleague and legal adviser, "I think the general counsel (Baker) had a heart attack. And when he got up off the floor, he said, 'I, I, that’s a bridge too far. We’re not there yet.'"

Baker, who could face criminal penalties for lying or misleading congressional investigators, also detailed alleged discussions among senior Justice Department officials about invoking the 25th Amendment to remove President Trump from office, claiming he was told Rosenstein said two Trump Cabinet officials were “ready to support” such an effort.

“I was being told by some combination of Andy McCabe and Lisa Page, that, in a conversation with the Deputy Attorney General, he had stated that he -- this was what was related to me -- that he had at least two members of the president’s Cabinet who were ready to support, I guess you would call it, an action under the 25th Amendment,” Baker told the committees.

On Thursday, the Justice Department issued a statement that said Rosenstein rejected McCabe’s recitation of these events “as inaccurate and factually incorrect.” It also denied that Rosenstein ever OK'd wearing a "wire" to tape Trump. 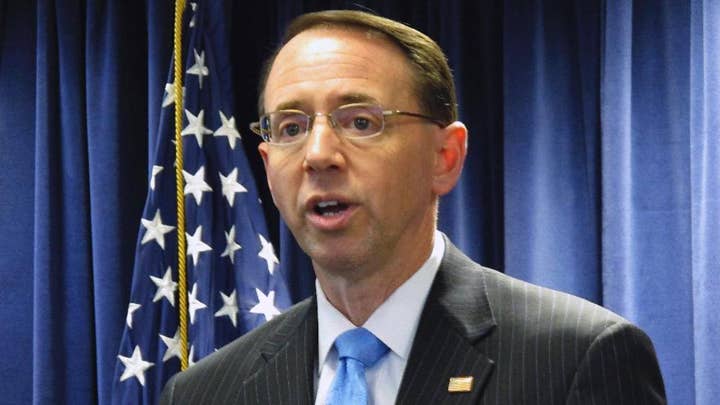 And, on Monday, a department official again pushed back against McCabe and his claim that Rosenstein initially resisted appointing a Special Counsel because he was concerned about his future and whether he would lose his job. A senior Justice Department official said, "The special counsel was appointed to ensure that the Russia investigation was truly independent and without bias, something that McCabe could not have accomplished."

During his testimony, Baker acknowledged he was not directly involved in the May 2017 discussions but testified over a two-day period in October that McCabe and Page relayed to him details about their conversations with Rosenstein.

As Fox News has reported previously, the eight days in May 2017 between Comey’s firing and appointment of Special Counsel Robert Mueller were seen as a major turning point in the Russia probe, which also has involved examining whether the president obstructed justice.

In October, during a separate closed-door interview, Sally Moyer, another senior FBI lawyer who sometimes commuted to work with Page, described Page’s private reaction to the claim that Rosenstein’s comments were sarcastic.

“It was when the news hit about the wiretap and the department’s position and what they were saying happened, and she was indicating she did not believe that they were telling the truth,” Moyer said.

Also during the testimony, Moyer said the chances of securing a 2016 surveillance warrant for a Trump campaign aide were only “50/50” without the controversial anti-Trump “dossier,” according to transcripts confirmed by Fox News.

Moyer’s testimony appeared to underscore how critical the dossier -- funded by the Democratic Party and Clinton campaign -- was in obtaining the Foreign Intelligence Surveillance Act (FISA) warrant, and appeared to conflict with Democratic assertions that the dossier played a limited role in the process.

Fox News reached out to all of the parties. The FBI and McCabe’s spokesperson declined to comment.