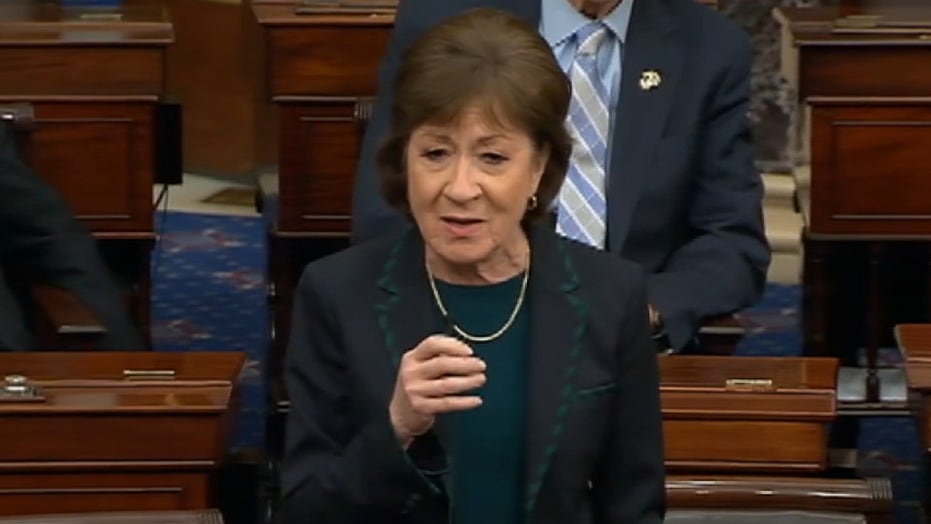 Sen. Collins: Never have I seen Republicans and Democrats fail to come together when confronted with a crisis

Republican Sen. Susan Collins lectures Democrats for having 'no sense of urgency' and delaying the coronavirus stimulus package.

An impassioned Sen. Susan Collins, R-Maine, tore into Senate Democrats on Monday for lacking "urgency" ahead of another attempt to pass a stimulus package to fight the coronavirus and boost the economy, stating bluntly: "We don't have another minute to delay acting."

"I cannot believe that the answer to this crisis – as we move to address the economic consequences that are so severe for the people of this country – that the answer from our friends on the other side of the aisle is delay, delay, delay. No sense of urgency. No hurry," Collins said on the Senate floor.

A GOP-backed stimulus bill failed to clear a procedural hurdle Sunday night after Democrats complained that the draft aid package did not go far enough to provide health care and unemployment aid for Americans. Meanwhile, Senate Majority Leader Mitch McConnell teed the bill up for another vote on the matter Monday afternoon.

First to speak during an hour of debate for that vote was Collins, who also took at aim at Senate Minority Leader Chuck Schumer, D-N.Y.

"Here we are facing an enemy that is invisible but ... devastating to the health of our people and to the health of our economy," Collins said. "And yet unbelievably the Democratic leader objected to my even being able to speak this morning. Is this what we've come to? The Democratic leader objected to our convening at 9 a.m. this morning so that we could begin working in ... earnest." 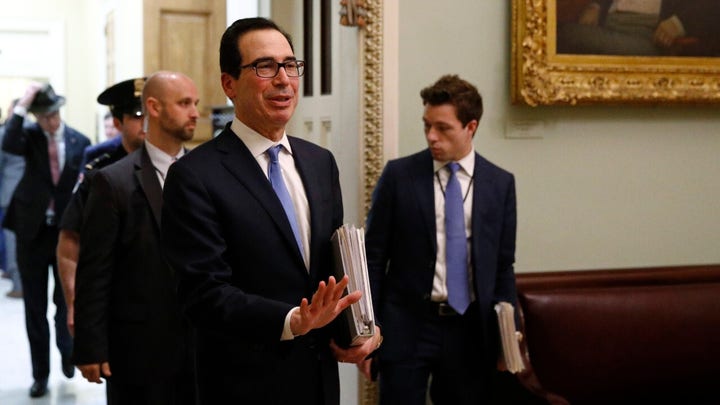 Collins' comments come amid a pandemic that has cut the stock market's value by about 30 percent over the course of weeks and threatens to overwhelm the American health care system.

Collins is known as one of the most moderate Republicans in the Senate and as an institutionalist. But she is also known for giving passionate speeches from the Senate floor, including one oration explaining her vote on the confirmation of Supreme Court Justice Brett Kavanaugh that marked the point at which his confirmation became a near certainty.

The veteran senator acknowledged on Monday that it is unlikely that every member of the body would agree on the details of a package, but emphasized the necessity to "get the job done for the American people."

Collins' comments come after Senate Republicans ushered through a $100 billion second-stage coronavirus bill passed by the House without any amendments last week. It also came minutes after Schumer and McConnell had just finished ripping into each other over their disagreements on the coronavirus bill and seconds before an argument between McConnell and Sen. Joe Manchin D-W.Va. on the Senate floor over the upcoming vote.

IN BRIEF CORONAVIRUS 'BRIEFING,' BIDEN CALLS FOR UNITY AND TAKES AIM AT TRUMP

The tension led Sen. Dick Durbin, D-Ill., the Democratic whip, to try to calm down his colleagues.