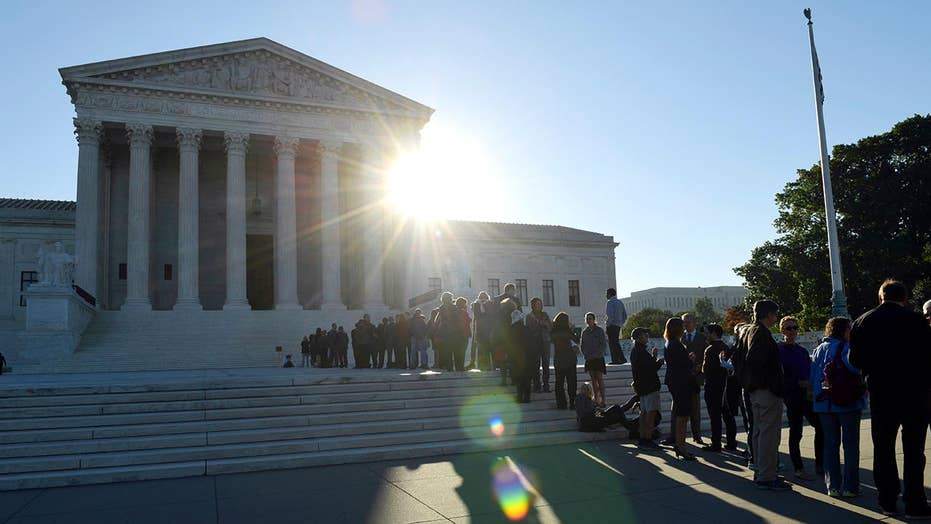 The cases to watch in the new Supreme Court term

The Court is taking on cases from religious liberty to union dues.

WASHINGTON-- The Supreme Court is stepping into a free speech fight over California's attempt to regulate anti-abortion crisis pregnancy centers.

The justices said Monday they will hear an appeal from centers that complained that a new state law forces them to provide information about abortion and other services.

Lower courts had allowed the law to take effect. Unlicensed centers also must inform clients of their status.

A federal appeals court in New York struck down similar provisions of a New York City ordinance, although it upheld the requirement for unlicensed centers to say that they lack a license.

The free-speech issue has arisen in different contexts around the country.

In 2014, the 4th U.S. Circuit Court of Appeals, based in Richmond, Virginia, struck down a North Carolina law that required abortion providers to show and describe an ultrasound to the pregnant woman. The court said the law is "ideological in intent" and violates doctors' free-speech rights.

In February, the Atlanta-based 11th U.S. Circuit Court of Appeals ruled that Florida could not prohibit doctors from talking about gun safety with their patients, upending parts of a 2011 state law. Under the law, doctors faced fines and the possible loss of their medical licenses for discussing guns with patients.

The abortion-rights group NARAL Pro-Choice California was a prime sponsor of the California law. NARAL estimates that 4,000 crisis pregnancy centers operate in the U.S.

The California centers complained that both their speech and religious freedom rights are violated by the law. But the justices will only review the free speech claim.

The case will be argued early next year.