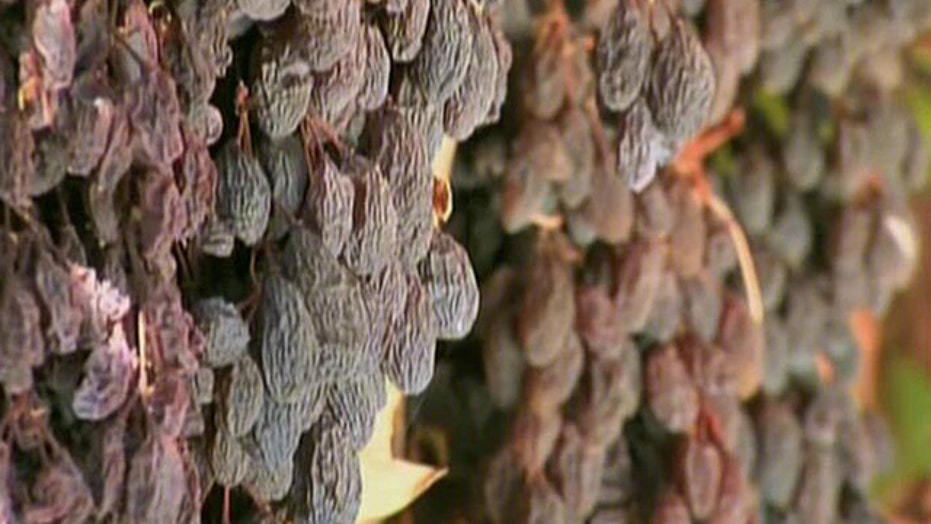 A post-World War II-era program that forces raisin producers to give part of their annual crop to the government could soon be a relic of history.

Several Supreme Court justices expressed doubts Wednesday that federal officials can legally take raisins away from farmers without full payment even if the goal is to help boost overall market prices.

Two California farmers claim the program is prohibited by the Constitution, which forbids the taking of private property without "just compensation."

During a one-hour argument, most of the justices seemed to agree. Justice Antonin Scalia compared it to old-style Russian central planning, while Justice Elena Kagan called it a "weird historical anomaly."

Chief Justice John Roberts noted that most other farm regulatory programs try to limit how much of a crop farmers can grow, as opposed to taking away produce already harvested.

"This is different because you come up with the truck and you get the shovels and you take their raisins, probably in the dark of night," Roberts said to laughter.

The seeds of the case were sown in 2001 when Marvin and Laura Horne, raisin farmers in Fresno, California, decided they had had enough of a program they viewed as outdated and ineffective. The U.S. Department of Agriculture had been authorized by law in 1937 to keep commodity prices, including those for raisins, steady by managing supply.

A marketing order issued in 1949 allows a Raisin Administrative Committee to decide how much of the crop raisin handlers must turn over each year. What the government takes, called reserves, are sold outside the open market or donated to federal agencies, charities or foreign governments.

Profits from reserve sales are used to fund the costs of running the committee, and any excess goes back to the producers.

The Hornes tried to evade the regulations by setting up their own packing program instead of selling their crop to a middleman. But the department said they violated the rules and fined them $695,000.

The 9th U.S. Circuit Court of Appeals sided with the government, finding that the farmers benefited from the stabilization of market prices and did not lose the entire value of their crop.

But the Hornes' lawyer, Michael McConnell, argued that the program was unconstitutional because "the government literally takes possession of the raisins."

"My clients are certainly not better off," he said. "They lose money."

Deputy Solicitor General Edwin Kneedler, arguing for the government, stressed that the Hornes benefit from increased raisin prices. He said they voluntarily put their crops into the stream of commerce, so authorities can subject them to market regulations.

But Roberts called it a "classical, physical taking."

In the two years at issue in the case, raisin handlers were required to give up 47 percent of their crop in in 2002-2003 season, but received far less than their costs of production. The committee demanded 30 percent of the crop in 2003-2004 and paid nothing.

Kneedler said the last time the marketing order was used to take raisins away from farmers was in 2009. He estimated that eight to 10 other commodities are regulated in the same way, though the vast majority are not.

The Hornes have won support from conservatives and business groups that say the program amounts to needless government meddling in the free market.

A ruling is expected by June.