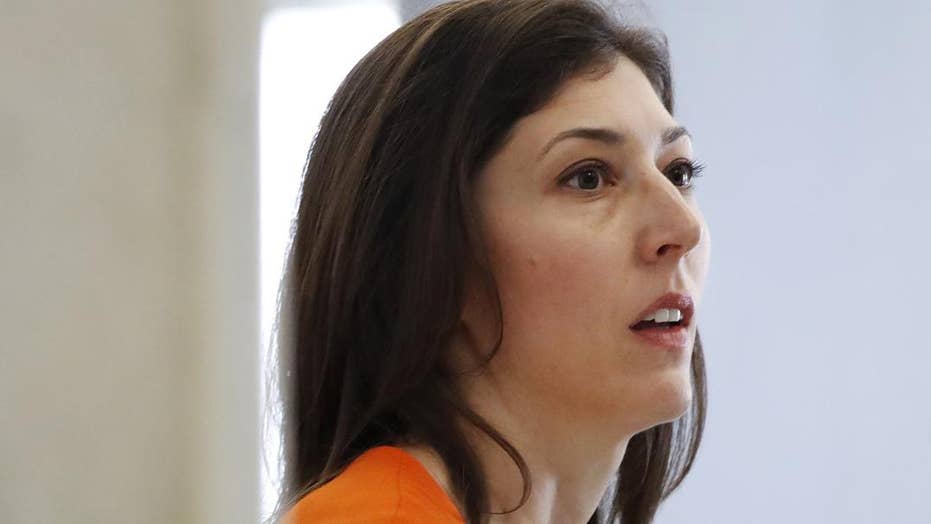 Page: No evidence of collusion before Mueller appointment

A transcript of former FBI lawyer Lisa Page's House deposition reveals she testified that investigators had no answers on collusion between the Trump campaign and Russia before the appointment of special counsel Mueller.

Text messages from disgraced FBI figures Peter Strzok and Lisa Page, discussing whether to open a "case" in a "formal chargeable way" after Director James Comey was fired, are under fresh scrutiny after Page told congressional investigators there was no evidence of Russian collusion at the time, according to three congressional sources.

Two hours after Comey's termination became public on May 9, 2017, Strzok, a now-former FBI agent, texted Page, his then-colleague and lover: "We need to open the case we've been waiting on now while Andy is acting."

"Andy" is a reference to then-Deputy Director Andrew McCabe who temporarily took over the bureau until Christopher Wray was confirmed as director in August 2017.

Page, a former FBI attorney, replied to Strzok: "We need to lock in (redacted). In a formal chargeable way. Soon."

Strzok concurred. "I agree. I've been pushing and I'll reemphasize with Bill," believed to be Bill Priestap, the head of the FBI's counterintelligence division.

The text messages were provided to Congress earlier this year, and among the six months of missing messages blamed on software and technical issues with the FBI issued Samsung phones.  The recovered texts cover December 2016 to May 2017, including Comey's firing, and the appointment of Special Counsel Robert Mueller.

Page sat for a transcribed interview before the House Judiciary and Oversight committees in mid-July as part of a joint congressional investigation into the Justice Department's handling of the Russia and Clinton email probes.  During the deposition, Page said that by the time special counsel Mueller was appointed and Comey was fired in May 2017,  investigators still could not say whether there was collusion, according to a transcript reviewed by Fox News.

While it is unclear what "case" Strzok and Page are talking about opening,  three Republican sources on the house intelligence, and judiciary committees, said the texts demanded further explanation.  If there was no solid evidence of russian collusion,  as Page recently testified, the sources questioned whether "the case" relates to obstruction, and the President's decision to fire Director Comey.  The sources asked not to be identified citing the sensitivity of the ongoing investigations.

Fox News has learned that during her July deposition,  Page declined to clarify the May 9 text.  That same month, in his open public testimony, Strozk also declined to answer questions, suggesting there is a connection to Mueller's probe.

After Strzok refused to answer further questions, Rep. John Ratcliffe, R-Texas, said: "I know, as a former U.S. attorney, that if, in fact, that's what happened, I know that whoever is the subject of that case that was opened -- now that Andy is acting -- and whoever you and Ms. Page talked about needing to be locked in soon in a formal chargeable way, well, they would have had their civil liberties violated. They would have been deprived of due process."

Attorneys for Strzok and Page did not respond to Fox News' requests for clarification about "the case," and specifically, whether it referred to Russian collusion, obstruction, or an unrelated matter.

Strzok apparently made another reference to "the case" in late April 2017, but his text sheds little additional light on its target.

"I would like to get something written as well because we have specific written direction to open the case and now a bunch of informal discussion. Need to be able to show if asked, why did you not open when the (general counsel), cc:ing the (deputy director), directed you in writing last Friday to open. Thanks."

Page responded, "It’s not. It’s still with (redacted)" adding that she planned to talk to McCabe about it.

May 2017 represents a key month: Comey was fired by President Trump and Robert Mueller was designated special counsel. In August 2017, Deputy Attorney General Rod Rosenstein, who appointed Mueller, wrote the still-secret "scope memo" spelling out the boundaries for the special counsel investigation.

The texts, and Page's testimony, congressional sources said, raise significant questions about the probe's foundation and whether by the summer of 2017 it had largely shifted away from alleged Russia collusion.