A top FBI official told Congress last year that he feared an affair between Peter Strzok and Lisa Page made them vulnerable to foreign intelligence services.

Bill Priestap, the bureau’s assistant director for counterintelligence, testified in June 2018 that he had heard rumors about an extramarital affair between Page and Strzok, who directly reported to him, but was later prompted to confront the couple after receiving a tip.

“But after Pete had been reporting to me for a considerable amount of time, somebody brought to my attention that that behavior might be going on. And so that’s when it — I became aware that that was a possibility,” Priestap told lawmakers during closed-door testimony.

The transcript of his testimony was released Tuesday by U.S. Rep. Doug Collins, R-Ga., who sits on the House Judiciary Committee. 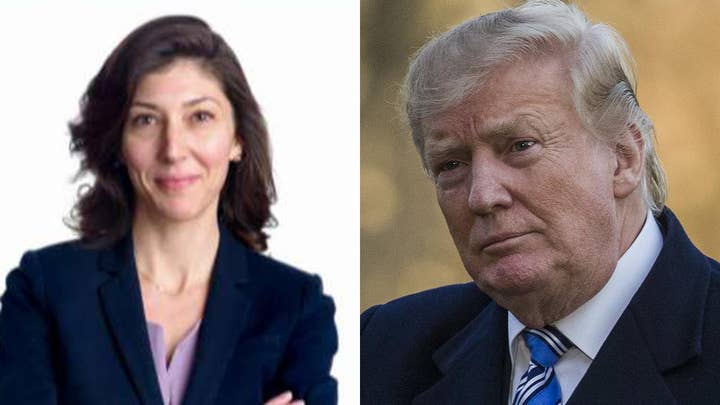 Priestap said he discussed the issue of the affair with then-Deputy Director Andrew McCabe and claimed the person who told him about the extramarital affair was either Sally Moyer, a Justice Department lawyer, or Jonathan Moffa, an FBI counterintelligence officer.

“I felt I owed it to them. Lisa did not report to me, but I felt that they ought to be aware of what was being said. I didn’t ask them if it was true, but they needed to know that that impression was out there,” he said.

“And I don’t remember my exact words. But what I was trying to communicate is this better not interfere with things, if you know what I mean. Like, to me, the mission is everything. And so, we all have our personal lives, what have you. I’m not the morality police.”

Priestap was then asked by a congressional staffer whether the affair behavior could make Page and Strzok “vulnerable to an intelligence service.”

“In my opinion, yes,” the FBI official responded, noting that “if that was going on, that potentially makes them vulnerable.”

“In my opinion, yes ... if that was going on, that potentially makes them vulnerable.”

This wasn’t the only time the issue of the affair being a potential target of foreign spies was mentioned in Congress.

During Strzok’s congressional testimony, he dismissed the suggestions that the affair made him vulnerable to the influence of foreign intelligence agencies.

Strzok, who was fired from the FBI last summer, and Page both investigated the alleged collusion between the Trump campaign and Russia.

But they were dismissed from Special Counsel Robert Mueller’s team after their anti-Trump electronic messages were discovered in which they communicated about stopping Trump from becoming president.

In one message Strzok referred to an “insurance policy” that was discussed with McCabe in the event of Trump’s victory in the 2016 presidential election.