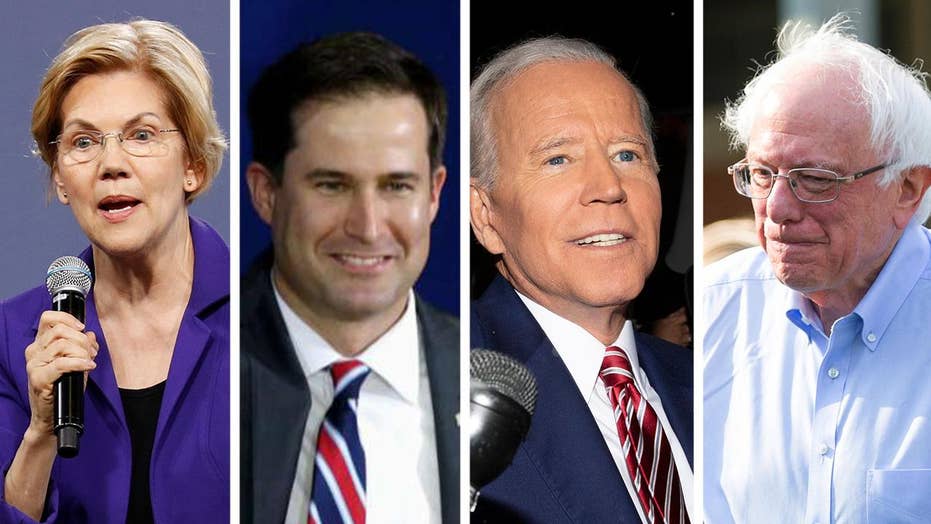 Is a woman a shoo-in to win the Democratic nomination and take on President Trump in 2020? Some women in three states that could make or break White House hopes aren't so sure.

“I want to be for a woman, but it’s just hard when you see a lot of other people not supporting women yet. I feel that America’s just not there yet,” Wendy McVey, a 20-year-old junior at Iowa State University, told The Associated Press. At the moment, the candidate McVey is most interested in is former Texas congressman Beto O’Rourke.

Women are among the Democratic Party’s most energized and engaged voters, accounting for more than half the electorate in the 2018 midterms. Democrats sent a historic number of women to Congress last year and have a record number of women running for president, including Sens. Kamala Harris of California, Elizabeth Warren of Massachusetts, Amy Klobuchar of Minnesota and Kirsten Gillibrand of New York.

But the Oval Office has been elusive and given Democrats’ deep desire to oust Trump, some don’t want to take any chances with their nominee. Some fear a repeat experience of Hillary Clinton's surprise loss to Trump in 2016. Others cite their own experiences with sexism and discrimination.

"I think a lot of people voted for him because they didn't want to vote for her," Katrina Riley, 69, of Summerville, S.C. told AP. "And I don't want that to happen again."

"I fear for that with women, that it's, 'Well, we had our chance. We had Hillary. Hillary didn't pan out. Best to just pick another 65-year-old plus white guy who has the best chance of winning,'" said Helen Holden Slottje, a 52-year-old New Hampshire attorney.

“I feel like we ourselves have lived in a country where women’s power and leadership has been so absent,” said Cecile Richards, the former president of Planned Parenthood. “I think it’s hard even for women to imagine a future of real equity but I think that time has come.”

Reaction to Clinton's comments with our ladies night panel on 'The Story.'

Jennifer Palmieri, who advised Clinton's 2016 campaign, urged women to "not be scared of the 2016 phantoms."

"Women voters who want to support a woman candidate should not overthink this but have courage of their convictions and believe in their power to make a difference," Palmieri said. "That's what women did in 2018 and look what happened."

In the aftermath of the 2016 election, Clinton has said she believes sexism and misogyny contributed to her loss. Some of the women in the 2020 race haven't shied away from those issues.

At a Friday event in Tipton, Iowa, Warren told the crowd that when she talks to colleagues in the Senate, they tell her “you’re asking for too much” with her campaign platform.

“Don’t ask for such hard things. Smile more,” she said she’s been told, using language familiar to many women.

The crowd erupted in boos and groans.